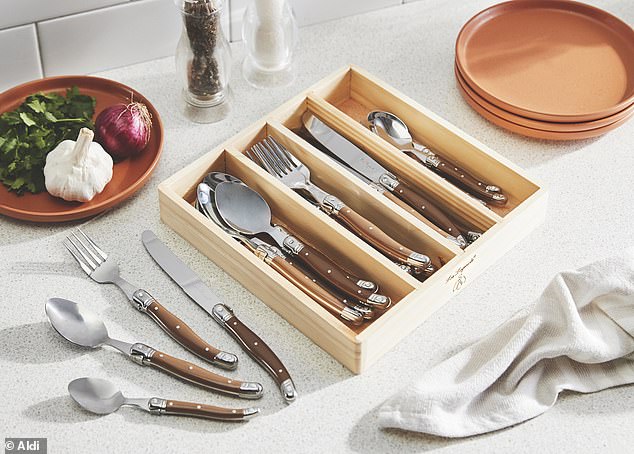 By Alice Murphy and Belinda Cleary For Daily Mail Australia

The sought-after sets, which start from $9.99, are made of stainless steel with premium pinewood handles and will feature in the bi-weekly Special Buys sale on Wednesday, January 27.

A 24-piece cutlery tray with six table knives, six forks, six spoons and six teaspoons is on offer for $29.99.

A 24-piece cutlery tray (pictured) with six table knives, six forks, six spoons and six teaspoons is on offer for $29.99 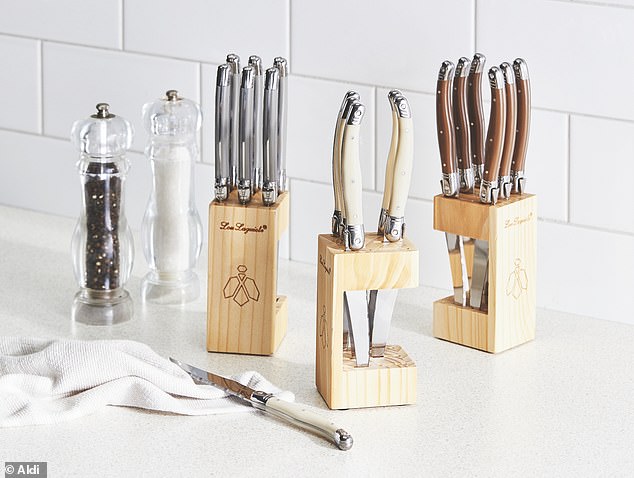 The German-owned supermarket chain is also selling off smart TVs for a fraction of their normal price in this Saturday’s sale, but you’ll need to be quick because stock is limited.

Fifty-eight inch 4K Android televisions are being sold for just $669, $30 less than the retailer has ticketed them before.

The set gives access to Netflix, YouTube, Google Play and Amazon Prime video and also has a built-in Chromecast. 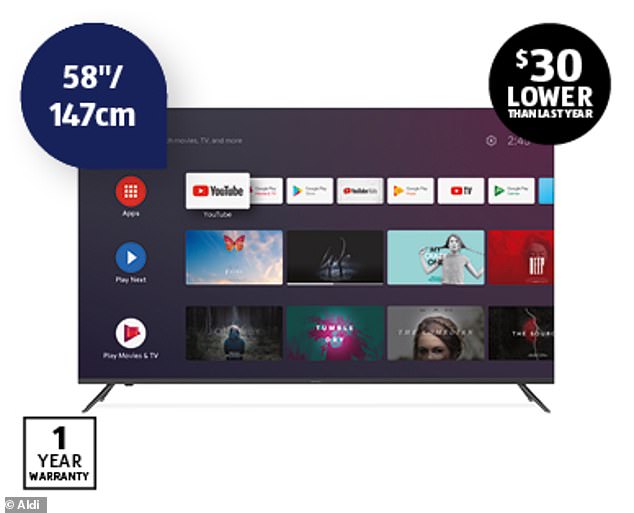 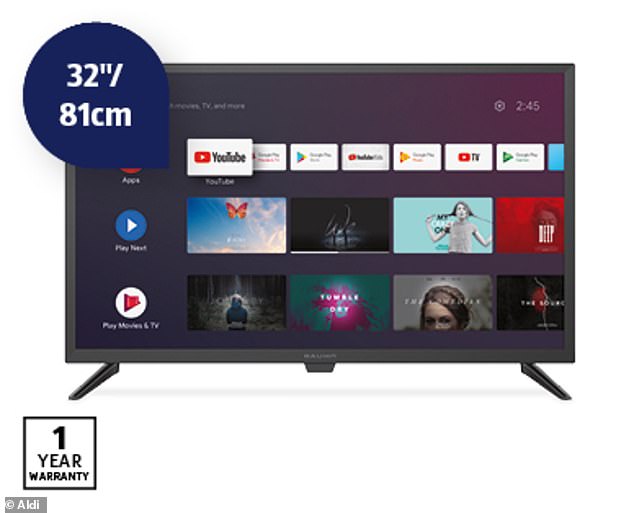 The latest round of Special Buys comes after the store launched a cleaning range, featuring vacuum cleaners and carpet cleaners for as little as $99.

One of the standout bargains is a $29.99 spin mop set which comes with a bucket, two heads and and mop handle.