Our lives are being cut short by the toxic effects of our ‘ultra-processed’ diet, according to new research buried by the attention on Covid-19.

Ultra-processed food products — which studies suggest now make up to 60 per cent of the average diet in the UK — are invariably high in fat or sugar (or both) and contain a cocktail of food additives.

Although all factory-produced foods contain at least some artificial preservatives, the new generation are packed with additives such as artificial sweeteners, colourings, emulsifiers to mix ingredients that would not naturally combine, preservatives to ensure foods don’t discolour and have months of shelf life — plus a variety of chemicals to disguise the sour or bitter taste of other additives. 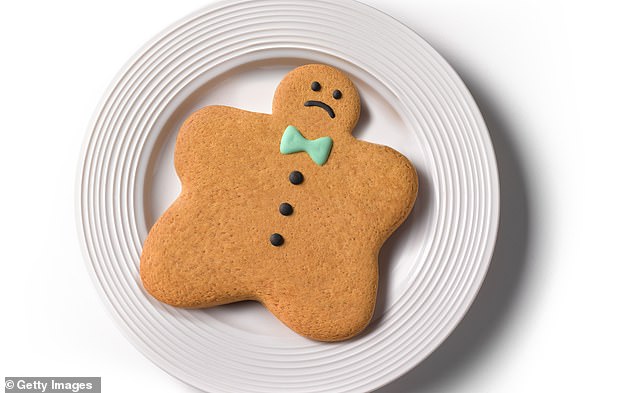 The theory is that the body struggles to process these foods, leading to chronic — and harmful — inflammation, which is already linked to serious conditions, including type 2 diabetes, heart disease and cancer.

Nor is swapping to ‘healthier’ food products necessarily the answer, say experts, because those who have switched to vegetarian or vegan diets may also be increasing their health risks by consuming the highly processed meat substitutes now widely available.

These health risks have been highlighted in the latest results from NutriNet-Santé, the world’s biggest ongoing study of the effect of food on health, which is monitoring the food intake of up to 500,000 people.

Results show that even in France, the home of haute cuisine, processed food consumption has become normal.

In a study involving more than 100,000 people, the researchers found that those eating the highest levels of ultra-processed food radically increased the risk to their health.

Ultra-processed foods — and their cocktail of additives — might now represent up to 60 per cent of the average diet in Britain, according to surveys reported by the British Medical Journal last year.

Other research suggests that the average Briton ingests 8 kg (1 8 lbs) of non-food chemicals every year.

A report in the journal Nature earlier this year said more than 330 chemical additives are approved for use in food manufacture.

Additives linked to health risks — including heart disease, diabetes and cancer — are in the top 50 most used chemicals in food products, as listed in journal Nature Medicine. The top 50 include:

Processed food is hardly new — we have been curing, smoking and pickling for centuries, and even canning foods is a relatively old technique (first introduced more than 200 years ago).

The difference with ultra-processed foods (UPFs) is that they contain few, if any, recognisable intact food ingredients, as you can see on their labels. The range of UPFs is vast, from savoury snacks to breakfast cereals, meat substitutes and baked goods.

There is no strict definition of a processed as distinct from an ultra-processed food — but a label on cheese, for example, will generally list recognisable food ingredients such as milk or cream first. A UPF will often list something called ‘crème’ to disguise an ingredient derived from pig lard.

The latest findings from the NutriNet-Santé project, reported earlier this year in the journal Nature, showed that more than 330 chemical additives have now been approved for use in foods across Europe, including Britain, and, worryingly, that have been linked to health problems, were all among the top 50 most frequently used.

So what is inflammation?

Inflammation is our body’s way of responding to damage from injuries and infections. It floods the area with white blood cells and hormones in order to repair the damage.

This response usually lasts a few hours or days, as the body releases the chemicals that can deal with the problem and help it recover.

But sometimes the inflammatory response remains switched on, causing low-grade chronic inflammation which is linked to a wide range of diseases including type 2 diabetes, heart disease, dementia and cancer.

Chronic inflammation means the body is also less able to deal with infections such as Covid-19.

‘Food manufacturers use studies that are based on laboratory animals to show these products are safe but it’s not the same, because we are talking about long-term exposure in humans via all the food and drink we consume over many years,’ says Dr Bernard Srour, an epidemiologist at the Institute of Health and Medical Research in France, who is one of the leaders of the NutriNet- Santé project.

‘We are seeing more and more ultra-processed products with messages about how healthy they are. The food industry is trying to demonstrate that its products are low in sugar and salt and fat but it is replacing sugar with artificial sweeteners, for example, which may cause all sorts of other problems,’ he says.

‘The cocktail effect of all these additives has also never been investigated. They may generate a health effect that doesn’t happen when the additives are used individually.’

Specialists now agree that while inflammatory processes are triggered by obesity and type 2 diabetes themselves, there is growing evidence that food additives may also be making things worse.

‘It is now recognised that inflammation is involved in heart disease along with every other disease process,’ says Dr Scott Murray, a consultant cardiologist at Wirral University Teaching Hospital in Liverpool and former president of the British Association for Cardiovascular Prevention and Rehabilitation.

‘Heart disease is driven by changes in the way your body handles fat because of excess processed food intake, plus malfunction in the over-stressed fat cells,’ he says. ‘That, in turn, causes inflammation as the body struggles to adjust its regulatory processes.’

Normally, the hormone insulin is released to mop up excess sugar in the bloodstream but this regulatory system starts to fail.

Dr Murray adds: ‘When calorific intake from processed, energy-dense foods gets too high, spare energy is carried from the blood into the fat cells. Fat cells multiply and swell to store this spare energy.

‘This process begins to break down when it becomes impossible for sufficient blood to reach these abnormal swollen fat cells and there is also no more room at the fat cell motel.

‘Spare energy remains in the blood, causing a variety of toxic effects elsewhere in the body and leading to a cascade of further inflammation. New fat cells then form in abnormal places around the liver, heart and pancreas.

‘Abnormal fats and glucose [i.e. sugar] continue to circulate in the blood, causing chronic and worsening inflammation, which also means the body is less able to deal with infections such as Covid-19.’

At the moment, scientists don’t know the extent to which food additives contribute to inflammation.

‘The data and scientific literature we have right now don’t tell us and we are working to find the pathways involved.’

One suggestion from the NutriNet-Santé scientists is that emulsifiers, the chemical compounds used to make incompatible processed food components to mix together, appear to allow toxic bacteria to escape from the digestive system. This, in turn, causes inflammation in the abdomen as the body’s defences mobilise to destroy them.

This theory chimes with a report published last year in the Nutrition Bulletin, which was carried out by a group led by scientists at the University of Liverpool and the Rowett Institute in Aberdeen.

They calculated that the average Briton’s total annual intake of non-food chemicals amounts to about 8 kg (18 lbs). Their report also highlighted how a commonly used emulsifier called polysorbate 80 (added to foods such as ice cream) has been shown in studies of human intestinal tissue to leak out of the digestive system and into the body.

The researchers believe it may also disturb or destroy natural bacteria in the digestive system. ‘This raises the possibility that dietary emulsifiers might be factors in conditions such as coronary artery disease, type 2 diabetes and Crohn’s [inflammatory bowel] disease,’ they wrote. 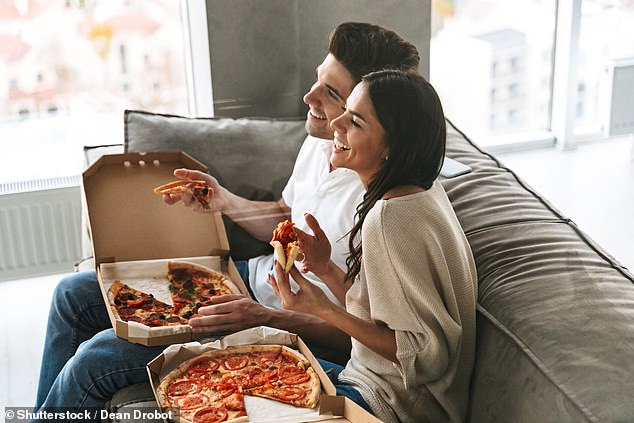 ‘Soya steaks are sold targeting vegetarians or vegans, but people assume they’re not eating anything unhealthy as we know that reducing consumption of animal products is better,’ he says. ‘The trap people are falling into is that they are not substituting meat products with unprocessed foods. Ultra-processed vegan food could be a problem in the long-term.’

He says the healthiest option is to cook from scratch without using cook-in sauces, packets or anything containing synthetic food additives. If you must use processed products read ingredient lists carefully and opt for those with the maximum proportion of whole food ingredients.

‘We don’t really know the real nutritional quality of lots of ultra- processed foods . . . It’s important to do detailed studies of different food additives, then we can investigate how each might be associated with chronic diseases.’

To measure the impact of these additives, the NutriNet-Santé scientists are looking at biomarkers in blood and urine, as well as analysing faecal material to see if food additives are having an effect on ‘good’ natural bacteria in the digestive system.

But, as far as Professor David Haslam, a specialist in obesity management at Luton & Dunstable Hospital, is concerned, there is already enough evidence. ‘The chemical additives and excess carbohydrate [sugar] we consume multiplies up to a complete disaster,’ he says.

‘The message is absolutely clear. There are people who get this and people who don’t. We are screaming our heads off to get this message through.’