A star athlete and hard-nosed prison guard who transitioned into a women after 15 years of marriage has revealed her boss’ incredible reaction when she came out.

Kirsti Miller, 55, came out as a transgender woman while working as a warden at a jail in Broken Hill in New South Wales‘ far-west in 2000.

A champion pentathlete, Ms Miller shocked everyone when she suddenly revealed her new identity, but was embraced by colleagues and inmates alike and forged an unlikely bond with AFL legend Sam Newman. 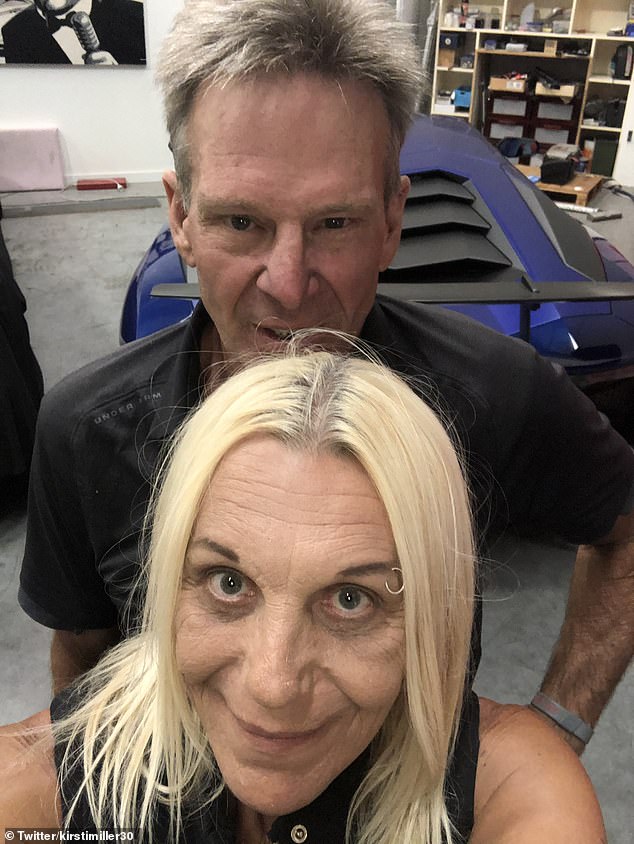 Ms Miller – who has since undergone full sex reassignment surgery – represented both her state and country in multiple sports in her younger years and was a symbol of masculinity among her peers.

But inside she was battling an inner struggle – one she said she kept quiet about to please her father who always wanted a son.

‘I was born as an only son and grew up with massive expectations from my Dad about being his little man,’ she told 3AW radio.

‘My childhood looked perfect from the outside but inside it was horrific.

‘When I was three-years-old my parents had a big party at my place and for a joke they held me down and put me in a little yellow dress and everyone laughed at me.’

Ms Miller said the prank turned into a recurring nightmare as she feared she would be ridiculed if she ever came out.

She married her childhood sweetheart at the age of 19 – with whom she shares three children.

After many years she finally told her family, friends and colleagues two decades ago weighed down by the pressure of her gender dysphoria.

‘I went home one day as Warren and got my hair permed and I presented [to work] the next day as Kirsty,’ she said.

She said the revelation was ‘huge news’ to those she worked with at her maximum-security prison, but both inmates and staff treated her with respect and dignity.

That day she received a phone call from the prison’s then-commissioner Ron Woodham – who invited her to Sydney to tell him about her transition.

‘Ron’s the toughest guy in Australian corrections history. The last time this guy would have cried would have been in the Bathurst riots in 1974,’ she said.

‘I told Ron my story and he’s crying – he turns around and says to me ‘don’t worry we’ll look after you’. 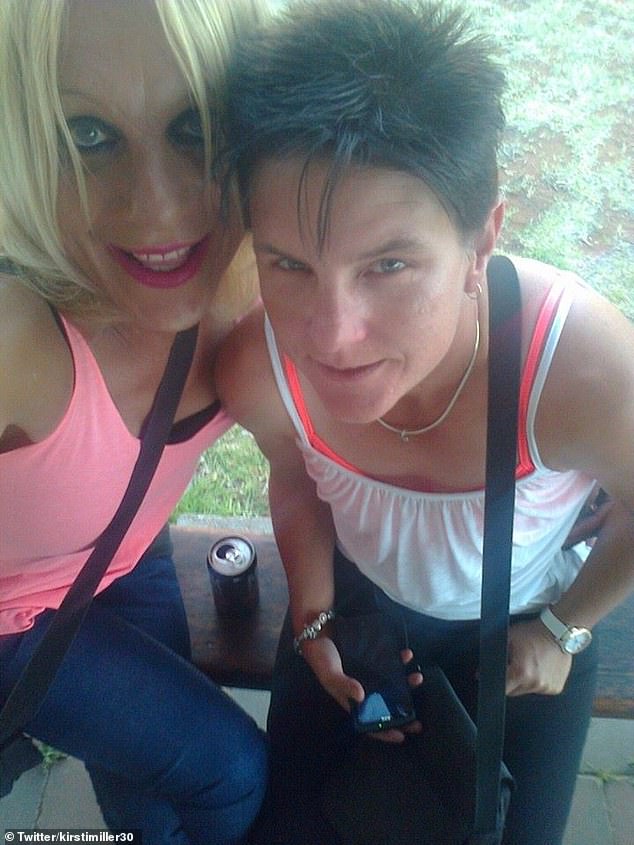 Ms Miller came out to her family, friends and colleagues two decades ago weighed down by the pressure of hiding her gender from others

‘I had another five years working in the jail. The inmates accepted me from day one – they were absolutely amazing.’

During her transition, Ms Miller faced vilification because of her gender identity – both on social media and as a footy player in her local AFL NSW Broken Hill football league.

Despite his reputation for controversy she said Newman – an AFL great-turned divisive media personality – became one of her greatest supporters.

‘I met Tommo (former St Kilda coach Grant Thomas) a few years ago on social media when I was getting hammered,’ she said.

‘Grant took me down to Melbourne to meet Sam and it was just after he dressed up in drag.

‘Grant took me to Sam’s warehouse and it was full of muscle cars.’ 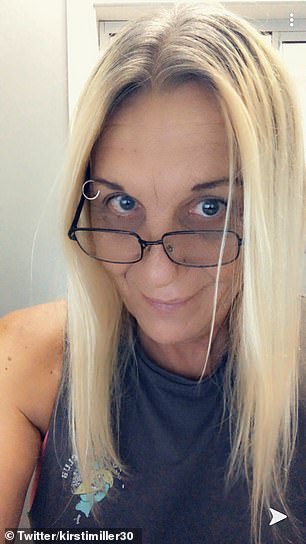 Ms Miller said she and the Geelong great hit it off almost immediately over their shared love of sport.

Newman landed himself in hot water over a video of him in drag in March 2019.

Sporting a white hat, scarf, red lipstick and heavy blush, Newman revealed in jest he had decided to transition to a woman.

‘I think I’ve run my race as an older male, and I’m thinking of transitioning,’ he said in the video.

But Ms Miller defended Newman as not being the intolerant man he appeared in the video.

‘Sam’s an old timer and he’s come a long way from when I first met him,’ she said.

‘I’ve had a million conversations with Sam and hes gone out of his way to help me with several things – he definitely not transphobic and treats me with respect every step of the way.’

The tight imprisonment of an Iraqi official, causing prisoners to flee