Australian house prices have surged by the fastest pace in 18 years.

Capital city property prices climbed by 2.1 per cent in February – the steepest monthly increase since August 2003, CoreLogic data has revealed.

The mid-point price for a home with a backyard now stands at $1.061million. 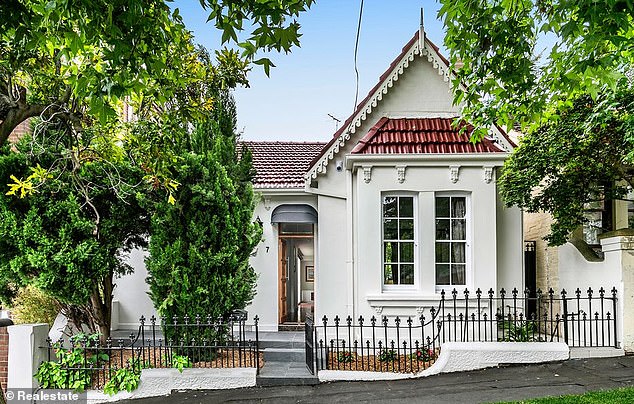 Australian house prices have surged by the fastest pace in 18 years – with values climbing by 2.1 per cent, the fastest since August 2003. Sydney’s median house price last month climbed by an even more impressive 3 per cent. Pictured is an upmarket house at Woollahra

‘Whether this newfound growth in Sydney and Melbourne can be sustained is unclear,’ he said.

‘Both cities are still recording values below their earlier peaks however at this current rate of appreciation, it won’t be long before Australia’s two most expensive capital city markets are moving through new record highs.’

House prices last month rose in every capital city as a result of record-low interest rates, an economic recovery from the coronavirus shutdowns and low supply levels.

Canberra values surged by 2.2 per cent in one month, with median house prices in the national capital now standing at $797,421.