An Australian museum has removed a Covid-19 exhibit which stated the global virus originated in China.

It followed a quick-fire complaint from the local Chinese community in Western Australia as well as Chinese consul general Dong Zhi Hua, who pointed out the exact origin of the virus still hasn’t been formally identified.

The recently opened $396million Western Australia Museum ran the offending digital exhibit in its gallery reflecting on the extraordinary year 2020 has been. 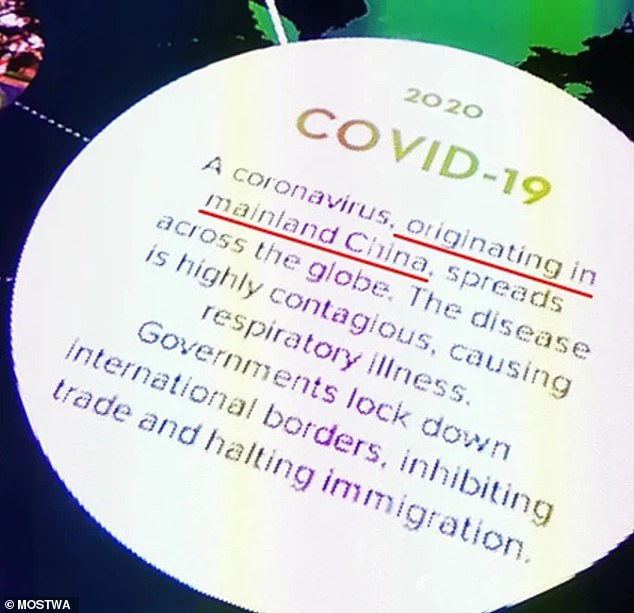 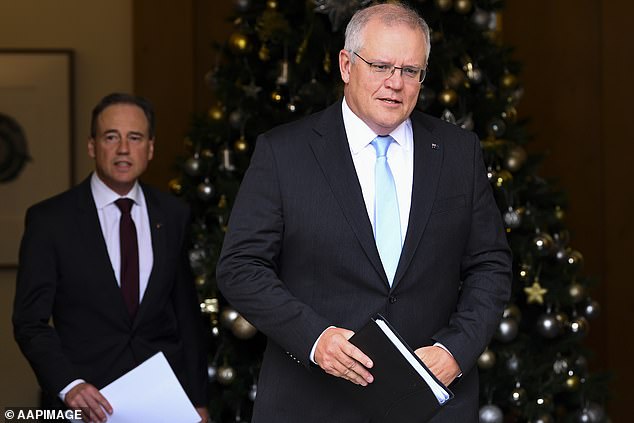 The exhibit was said to have infuriated Ms Yoga Zhang, who is the director of Chinese language media company MostWA.

‘The World Health Organisation, governments, and relevant departments of various countries have yet to confirm the origin of the coronavirus,’ she said.

‘As an official institution that imparts knowledge and information, the WA Museum should present the most accurate information to the general public in Western Australia, rather than misleading the public or even splitting China.’

Alec Coles, the WA Museum chief executive, responded by stating the exhibit would be immediately amended.

He also insisted the change was made with accuracy in mind, rather than the museum attempting to be politically correct.

Tensions between Australia and China began when Prime Minister Scott Morrison called for an independent investigation into the origins of the pandemic in May.

Since then China has introduced huge tariffs on a range of key Australian exports.

The Chinese consul-general thanked the museum for their efficiency in resolving the matter, according to the Sydney Morning Herald.

Sophie McNeill, a researcher from Human Rights Watch Australia, was critical of how the museum handled the crisis.

‘It’s very important that our cultural institutions rely on accuracy and facts and don’t bow to pressure from the Chinese Communist Party who are often trying to censor and rewrite history,’ she said. 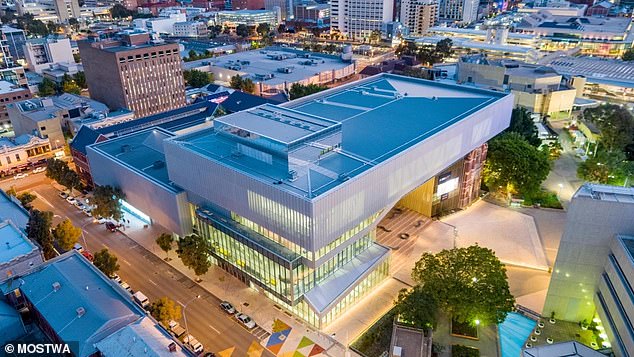 Indonesian man, 41, dubbed the Hollywood 'Con Queen' is arrested in the U.K.