Baffling optical illusion divides the internet – but do YOU see a dog or a man in the forest?

Do YOU see a dog or a man? Optical illusion snap of a figure in a snowy forest baffles the internet

An optical illusion has left people ‘disoriented’ and ‘confused’ after it appears to show either a figure walking into the woods or a black poodle running out of the forest.

Taken in a forest covered in snow, the picture stunned thousands of people as they debated what they saw.

The photo, taken in an unknown location, has been widely circulated by Facebook users around the world, and people were split with many believing it to show a small figure heading into the woods wearing a backpack.

Upon closer inspection, it is clear the picture is actually of a black poodle running towards the camera. 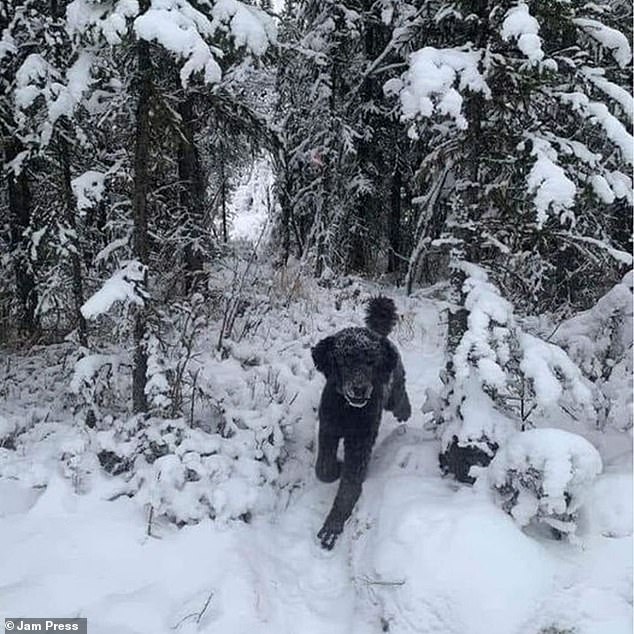 The dog’s tail appeared at first glance to be the back of a person’s head.

One person commented: ‘I had to take my glasses off to see that one.’

‘I had to stare at it before I could see it,’ another person agreed.

Someone else said: ‘I almost gave up.’

Hundreds of people realised their initial take on the image was off after analysing the photo. 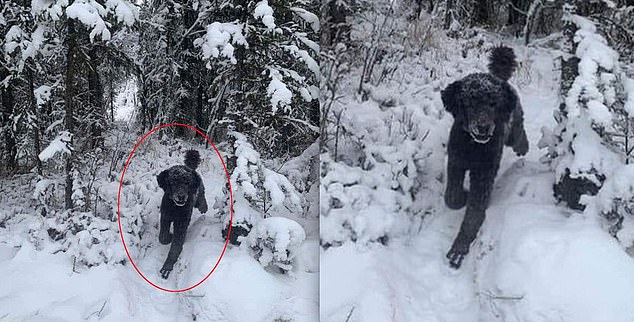 People were split with many believing it to show a small figure heading into the woods wearing a backpack, however it actually shows a black poodle running towards the camera

‘Took me a while to figure this one out,’ one person commented.

One user, who spotted the pooch immediately, wrote: ‘Why can’t I see the man? I only see the dog.’

Others thought it was clear, with one person writing: ‘I’m curious as to how the people who saw a man running were able to explain away the fact that running man has a giant dogs head coming out of them.’

‘This is ridiculous, all most people can see is a dog,’ another person agreed.

‘The only way this is a man is if he has weird poodle hair or hat and is wearing a dog jumpsuit with weird paws attached and a dog face image on his back.

‘So no, it’s not an optical illusion unless you’re on drugs.’

One person was left unconvinced by the image and insisted it was, in fact, a man.

They said: ‘It’s a guy in a sick jacket and hat running into the woods. I can tell by the gait that it’s a person.’

The 25 best football movies ever, from 'Jerry Maguire' to 'Varsity Blues'