By Charlie Coë and Andrew Prentice For Daily Mail Australia

Incredible before-and-after photos have shown how Sydney’s Parramatta River has broken its banks as the city is lashed by a once-in-a-century weather event.

The boat jetty and parkland on either side of the major river in the city’s west were no longer visible on Saturday after the river spilled over between Charles Street weir and the ferry wharf.

The ferry terminal on the river has completely flooded – with services to and from the area cancelled indefinitely until the once-in-100 year weather event is over.

Across other parts of NSW, the forecast rainfall is up to 300mm in the lower Blue Mountains over the next 24 hours and 400mm is predicted for the mid-north coast. 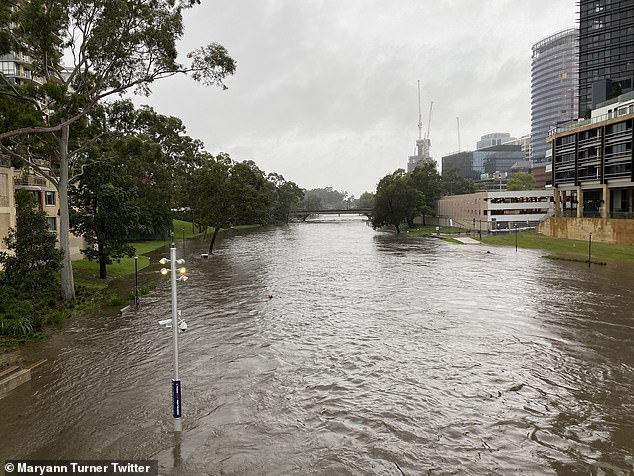 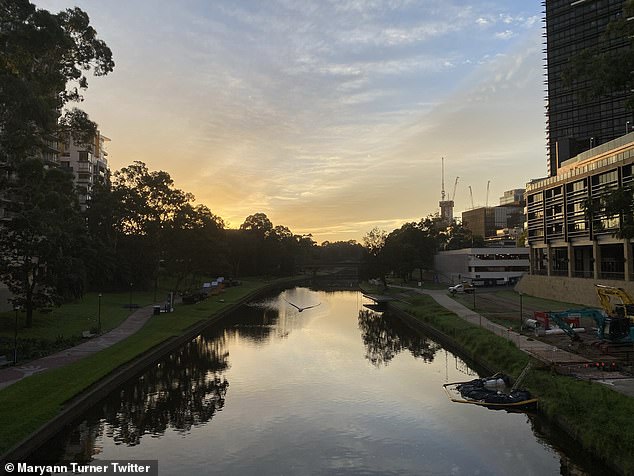 The Parramatta River on a normal day. The river has spilled over between Charles Street weir and the ferry wharf 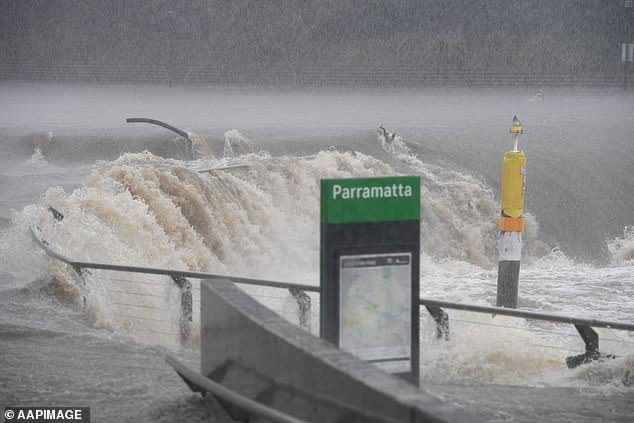 Incredible scenes at the Parramatta ferry terminal, with all services cancelled indefinitely 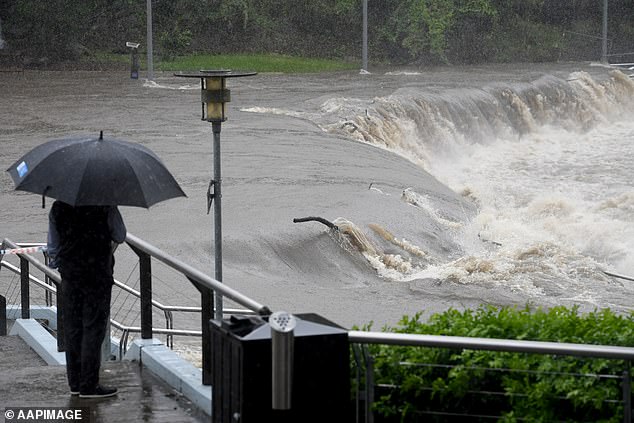 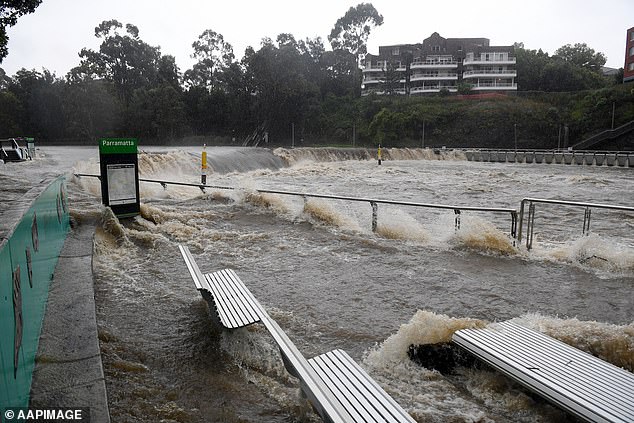 Definitely no ferries for commuters on Saturday, with more rain forecast across the state of NSW 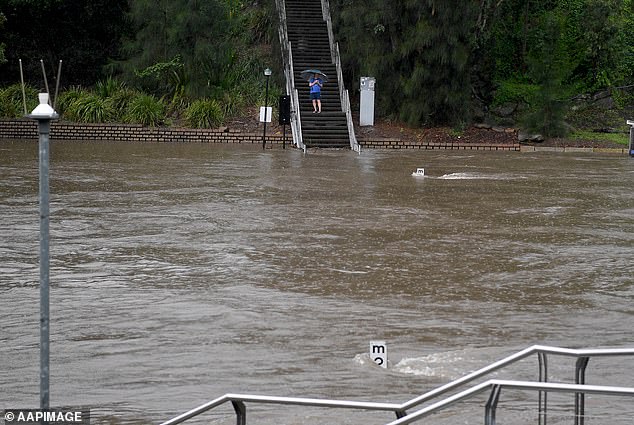 Locals who live in close proximity to the Parramatta River said conditions are unprecedented after the banks were broken between Charles Street weir and the ferry wharf.

‘The entire bike path looks like it has been swallowed up,’ Leanne Roberts told Daily Mail Australia.

‘It is incredible to see the amount of rain at the moment, I actually can’t believe it.’

Rain has hammered the Harbour City in recent days, but the deluge on Saturday will be on another level, experts from the Bureau of Meteorology predicted.

The Parramatta River has already reached dangerously high water levels, with residents encouraged to stay indoors and be prepared to evacuate if contacted by emergency services. 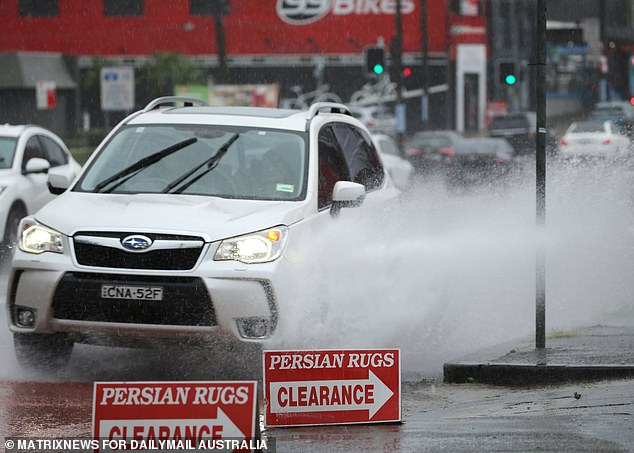 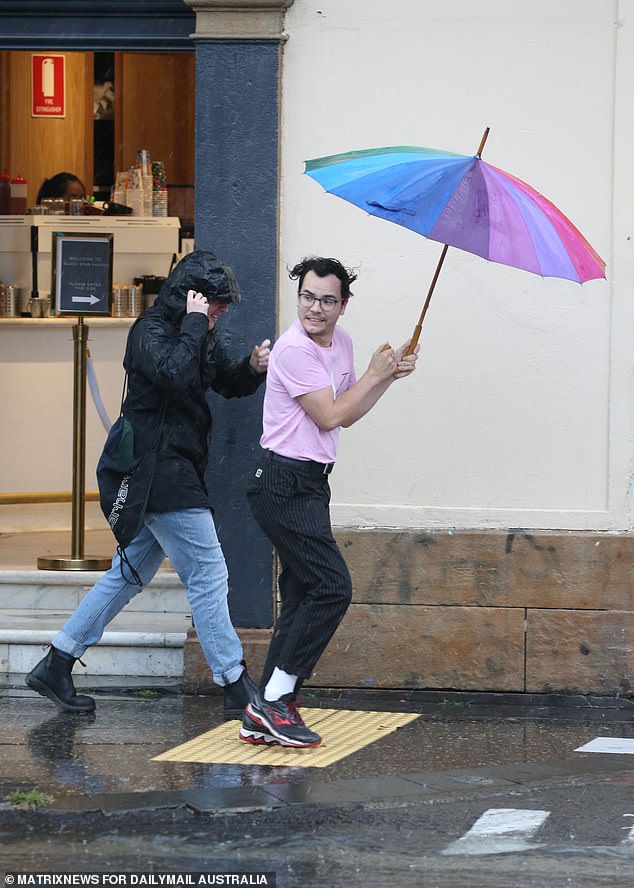 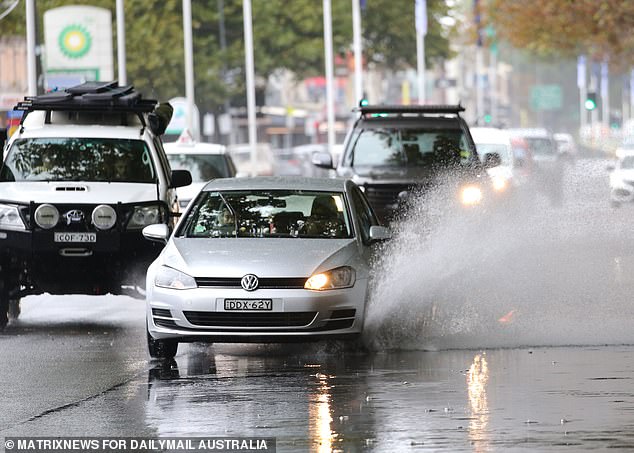 In Chester Hill, also in Sydney’s west, a storm has left many homes destroyed or in need of urgent repairs on Saturday.

Dubbed a ‘mini tornado’ by NSW Fire and Rescue, the storm saw a large tree fall and countless homes damaged.

‘Fire and Rescue Macarthur and Wollondilly crews are on scene in Chester Hill where a mini Tornado has left a trail of destruction damaging multiple properties,’ an emergency responder tweeted. 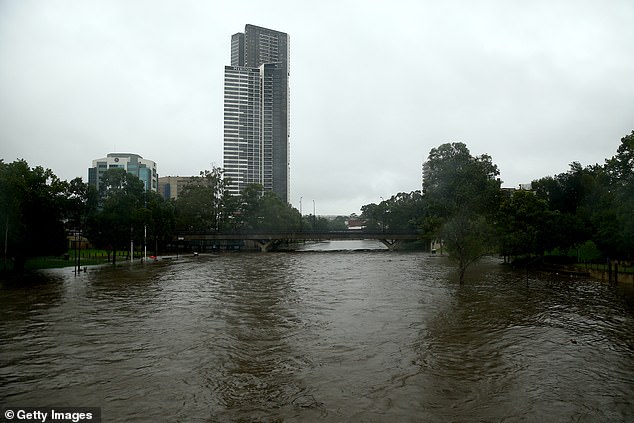 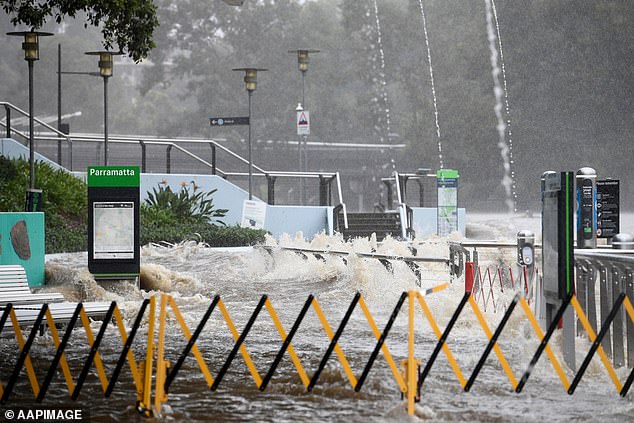 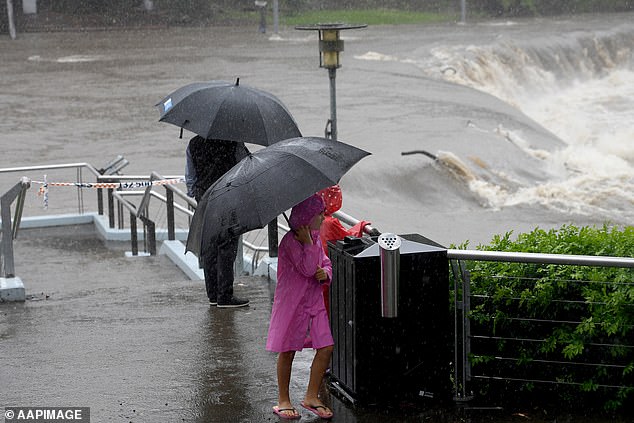 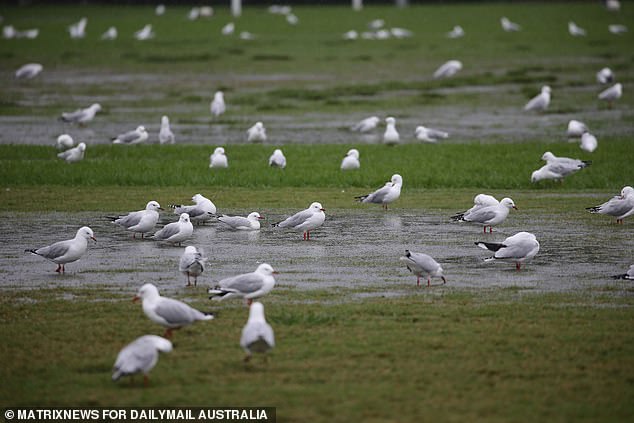 Seagulls across Sydney embraced the weather, with puddles in virtually every direction 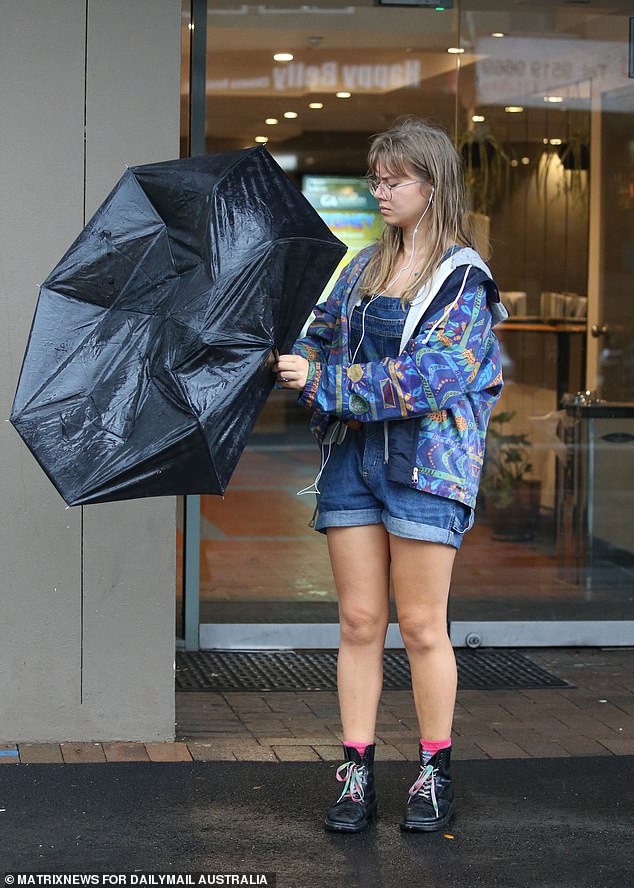 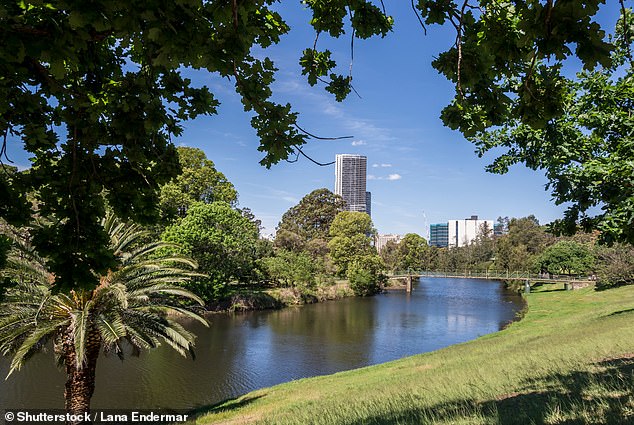 Motorists have been advised to slow down and stay home, with driving through flooded roads discouraged.

Sydney’s main water source, the Warragamba Dam, is tipped to overflow for the first time in five years as heavy rainfall continues to bucket down.

‘We are expecting the Warragamba Dam to spill this afternoon and this will then combine with river flows from the Upper Nepean and also the Grose River and the other local tributaries,’ Bureau of Meteorology Flood Operations Manager Justin Robinson told The Australian.

The Bureau of Meteorology confirmed earlier on Saturday the Dam has already reached 99 per cent capacity.

WHAT YOU CAN DO DURING A FLOOD TO AID YOUR SURVIVAL

*Secure objects that are likely to float and cause damage

*Keep listening to your local radio station for information, updates and advice

*Be prepared to evacuate if advised by emergency services

Headache may be a long-term symptom of corona.. know home remedies

OPINION: Violence against woman is abhorrent but the PM was right to avoid March 4 Justice rallies