Crocs are BACK! Love then or loathe them… the foam slip-ons are branded the ‘IT-shoe’ of the pandemic as global sales soar 64% to £331m in first three months of year

They are the fashion phenomenon that no one admits to wearing.

Yet Crocs sales have again soared as the so-called ugly footwear made another comeback during the coronavirus pandemic.

The Academy Awards‘ musical director Questlove sent fashion directors quaking when he wore a gold pair on the red carpet on Sunday.

And the US-based shoemaker yesterday reported record sales for the first three months of the year with a rise of 64 per cent to £331million ($460million).

Demand is up as far as 210 per cent, according to The Sole Supplier. 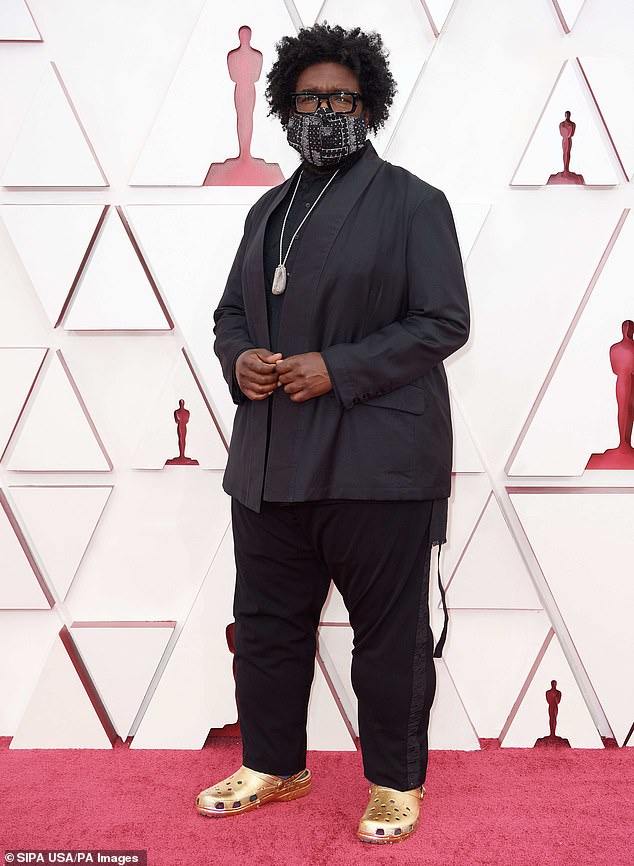 In February, Crocs had predicted an increase in sales of up to 25 per cent for the year, but its estimates have now doubled.

The brand’s chief executive, Andrew Rees, expects sales for the full year to rise by 50 per cent after people turned to comfort during lockdown at the start of this year.

The company has long turned to celebrities to promote their footwear – which feature 13 holes on the tops and sides for ventilation.

Mr Rees said demand is ‘stronger than ever’ in 2021, adding: ‘In the first quarter we achieved record revenues and profitability, with growth in all regions and all channels. 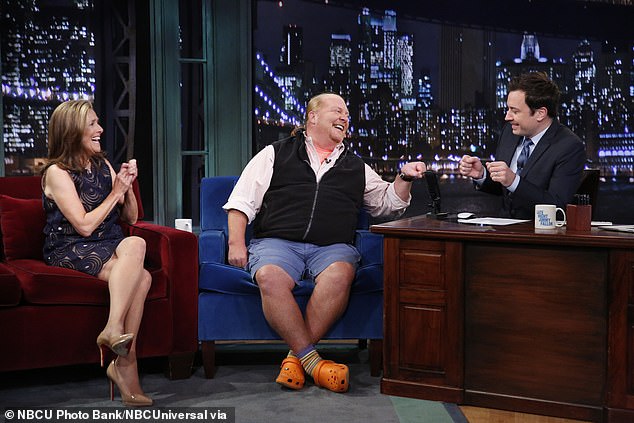 Jared Leto (left) wearing silver Crocs in 2007, when the shoes were at the height of their success in the 2000s, and Justin Bieber 12 years later 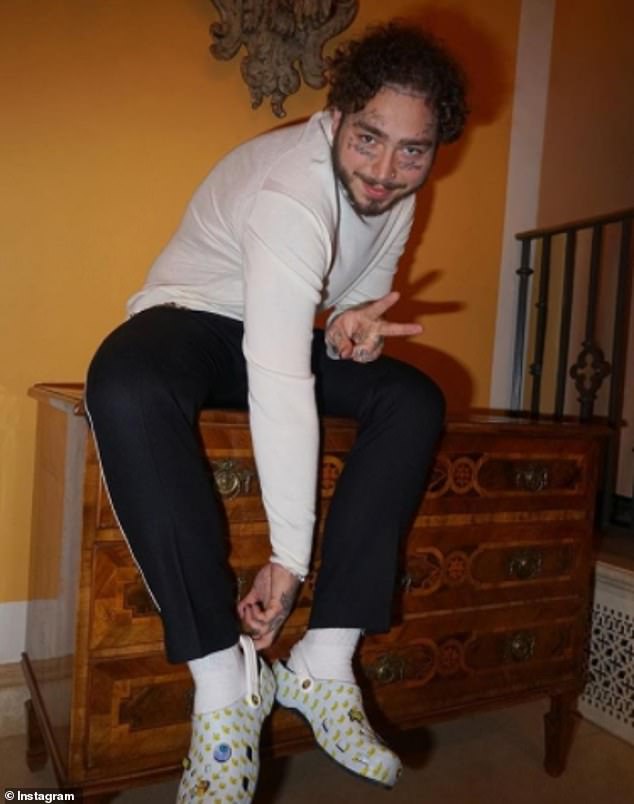 American rapper Post Malone has also worked with Crocs to design his own line of the footwear.The first collection, launched in November 2018, sold out in just 10 minutes

‘We have raised full year guidance as we continue to see consumer demand for our product accelerate globally.’

Online sales have grown 75.3 per cent in the first quarter – making up a third of the total sales for the period.

Revenue rose the most in the Americas, at 87.5 per cent, while a 41 per cent boost was seen in Europe, the Middle East and Africa. In Asia revenue rose by 20.1 per cent.

Crocs, launched in 2001 at Fort Lauderdale Boat Show in Florida, were initially designed to be worn on boats. 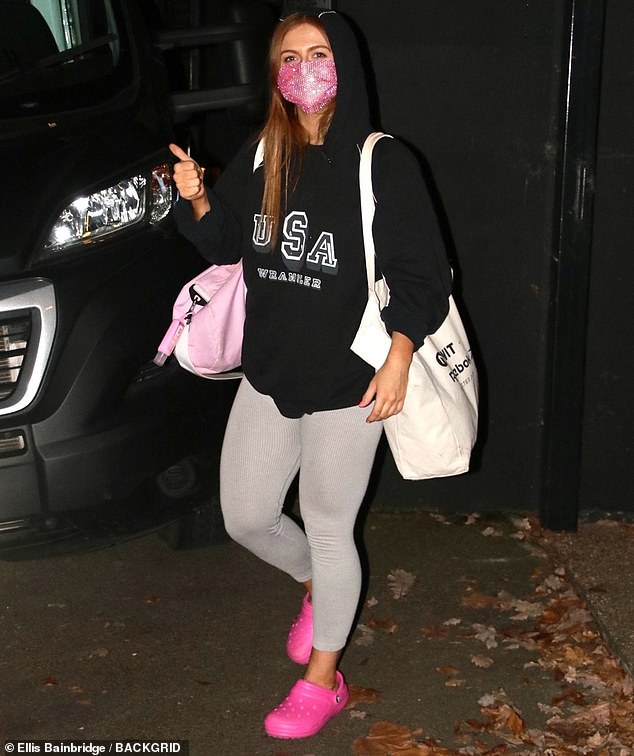 The odour-resistant resin coating made it a popular choice, and the company initially sold 200 pairs. It has now sold more than 300 million.

To the horror of fashion directors, sales soared in 2006. Tim Gunn, a fashion consultant, told Time magazine at the time:  ‘The Croc – it looks like a plastic hoof. How can you take that seriously?’

By 2009 Crocs was heading steadily towards bankruptcy after making a $159million loss on the previous year. It was through brand deals with fashion houses such as Balenciaga the company was able to head back towards profitability.