An Australian father has revealed how acknowledging a ‘favourite child’ every month encourages his three daughters to excel.

Davy Nguyen, from Sydney, has been using a ‘favourite child system’ in his home for the past 10 years on his three daughters – Angelique, now aged 20, Trinity, 18, and Siobhan, 14.

To earn the top spot, the ‘competitive’ sisters must do their homework or assignments, ‘study harder’, and help their parents around the house with chores and cooking.

Appearing in a SBS Insight episode about ‘favourite children’, the dad-of-three said he explicitly has a favourite child – but his preference changes every week or month. 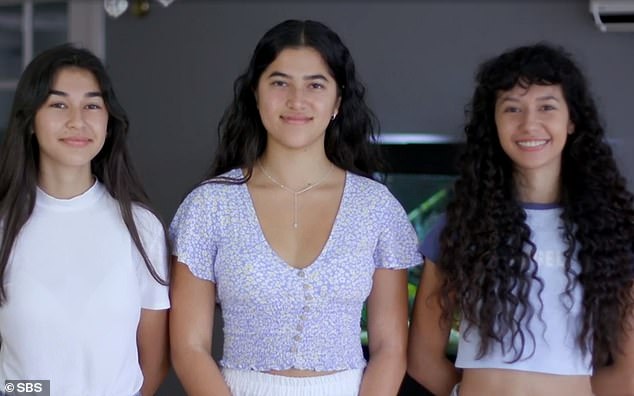 A father-of-three has been using a ‘favourite child system’ in his home for the past 10 years on his daughters – Angelique (right), now aged 20, Trinity (centre), 18, and Siobhan (left), 14

Do you have a favourite child?

‘Favouritism to me is a good thing. There’s nothing wrong with having a favourite child. At the end of the day, I want to show them resilience,’ Mr Nguyen explained.

‘A lot of people say “having a favourite child is actually a negative thing” but I look at it as a positive thing because if they’re good at something, then you should acknowledge that, we reward them for that.

‘And if they’re not good at something, then obviously they’re going to go down to the bottom of the list of my favourite child.’

Mr Nguyen said his daughters have an option ‘slowly work their way back up’ to become his favourite child for a particular week or month.

‘For them to get back up the ladder again, they need to work harder, do more chores around the house, do more fantastic cooking,’ he said.

The dad said his child would lose that top status if she was spending too much time on social media, back chatting, not doing homework or helping around with chores.

‘Therefore they will slowly go back to the bottom,’ he explained. 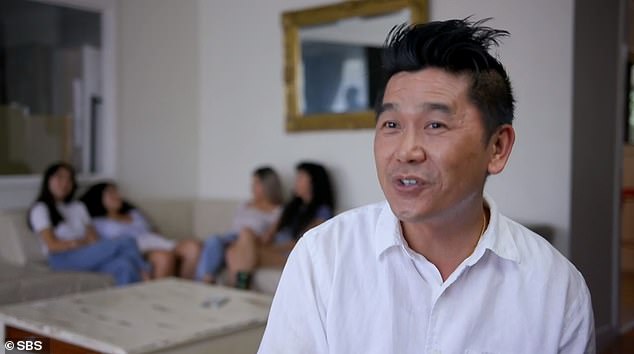 According to an Australian study, 69 per cent of parents can ‘easily’ identify a favourite child – but most can agree they will never openly admit who it is.

‘Every parent has a favourite but they just don’t want to tell their child.’

Speaking to his daughters around the dinner table, Mr Nguyen said: ‘I’m very balanced. You’re all my favourite every single week.’

His wife Sandra insists she doesn’t have a favourite child because she loves her three daughters equally – but Mr Nguyen joked: ‘That’s bollocks.’

Despite his favouritism, his three daughters – who all believe they are his favourite child but for different reasons – said his system works for them because it has shaped them into a much better person.

Parenting counselor Maggie Dent described Mr Nguyen’s system as a ‘lovely banter’, in which she also shares with her four sons.

‘They argue there’s a golden child but this kind of banter is mild and not causing major issues down the track,’ she explained.

‘But when there is a really fixed perception, and the evidence within the family is quite strong, it can actually impact your sense of self, particularly when you go into the teenage years and that can become problematic.’

How to Get Ideas For Your PRINCE2 Project Story

Report: China will experience the most dramatic demographic collapse in history