A Ryanair pilot who was jailed for 18-months for driving his fiancee to stab their 23-month-old son to death after relentless psychological torment has been released from prison early.

Flight captain Peter Chilvers, 34, repeatedly threatened to kill Magda Lesicka if she removed their son James from his care – and also demanded they live together at a home he bought in Wincham, Cheshire, jurors were told.

Chilvers was jailed in December 2019 and served five months before being released on licence in May with an electronic tag, a source told the Mirror – whilst Lesicka continues to serve a 15-year sentence for the manslaughter.

Fresh fury from Lesicka’s family has been ignited in recent days after pictures of Chilvers showed him with one of the two children he has with stewardess Lisa Spencer, who he cheated with during his relationship with fiancée Lesicka.

Lesicka’s mother Iwona, 61, from Wronki, Poland, has spoken of her disbelief after seeing the photo of Chilvers, she told the Mirror: ‘I can’t even call him human. Magdalena was completely dependent on him.’ 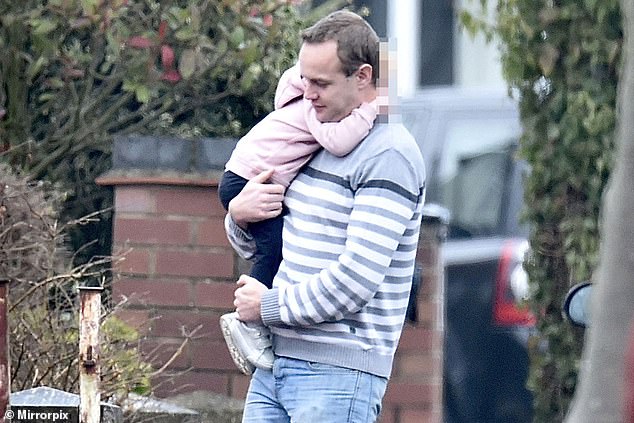 Flight captain Peter Chilvers, 34, repeatedly threatened to kill Magda Lesicka if she removed their son James from his care. Pictured: Chilvers pictured with one of the two children he had with stewardess Lisa Spencer

Chilvers’ controlling and coercive behaviour between December 2015 and August 2017 included using or threatening physical violence, forcing her into degrading sexual acts, isolating her from her friends and restricting her finances.

During his relationship with Lesicka he nicknamed her ‘sheep’, referring to himself as a ‘sheep owner’, and would pick hairs from his forehead and force her to swallow them, Manchester Crown Court heard.

This campaign of abuse eventually led to a breakdown which saw Lesicka stab their son to death before trying to cut her own throat and hang herself. 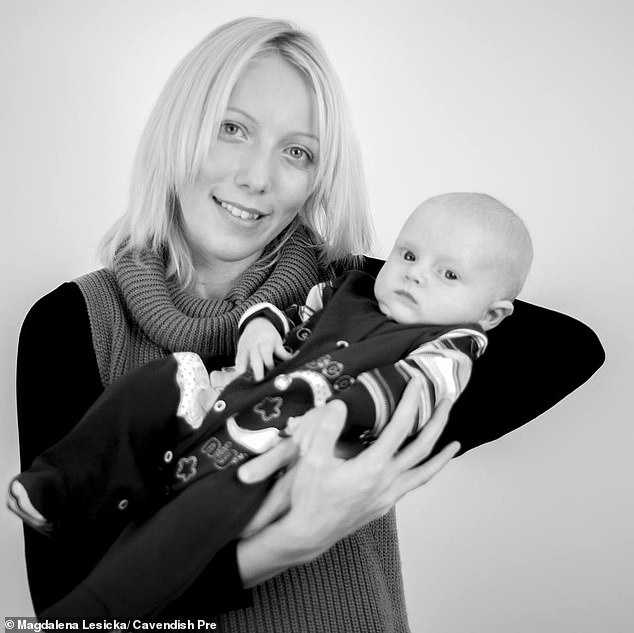 Magda Lesicka pictured with their son James. The former air hostess was found guilty of manslaughter by reason of diminished responsibility 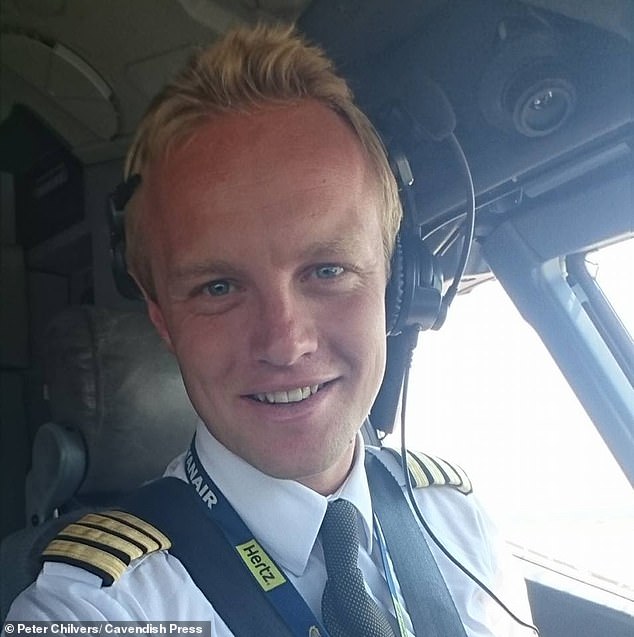 Chilvers cheated on Lesicka with another Ryanair cabin crew member, Lisa Spencer, who is now his partner and mother to his two young daughters 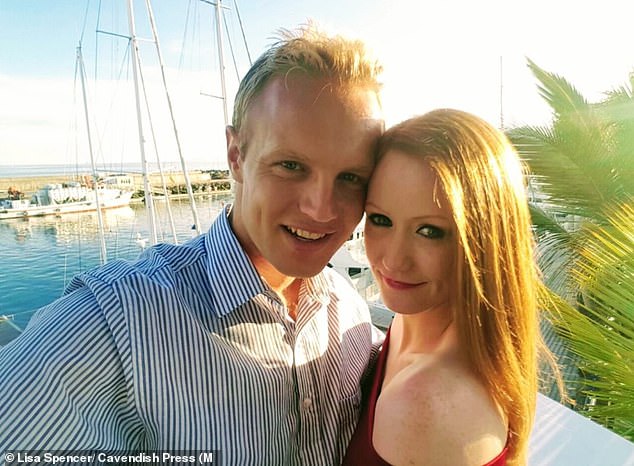 The couple had been in relationship since 2010 but Chilvers cheated on Lesicka from 2014 with another Ryanair cabin crew member, Lisa Spencer (pictured), jurors were told 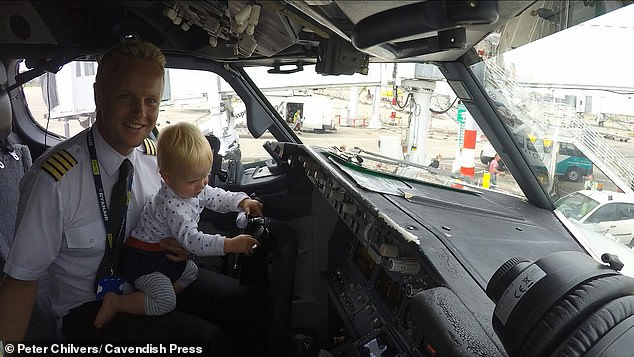 Chilvers, who was jailed in December 2019 and is believed to have served five months in prison before being released on licence. Pictured with son James

In the days before the killing on August 26 2017, Lesicka made internet searches about ‘taser UK law’, ‘self defence weapons UK’ and ‘killing in self defence’ before she later contacted domestic abuse charity Women’s Aid.

When Lesicka had threatened to leave him, Chilvers told her she would be walking out on her son, calling her a ‘dumb b****’ and insisting she would never take the child away from him.

He also said that if she were to put James in a car and drive him away she would be ‘done for abduction’, and if she got legal aid to fight her case it would be ‘negligible [compared] to what I’m able to put up’. 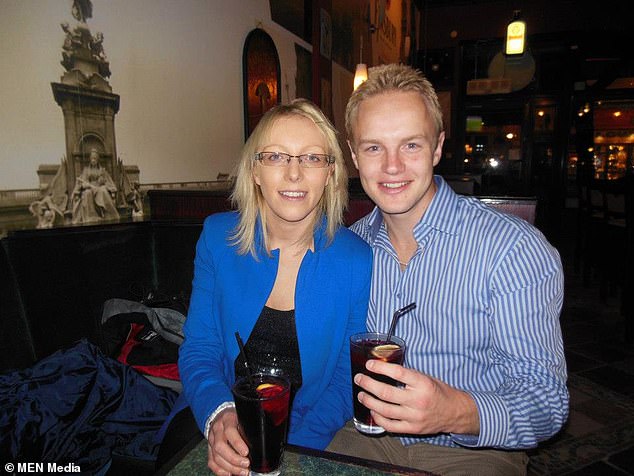 The pair met at a party in 2010 when both were based out of a German airport. Chilvers and Lesicka pictured together 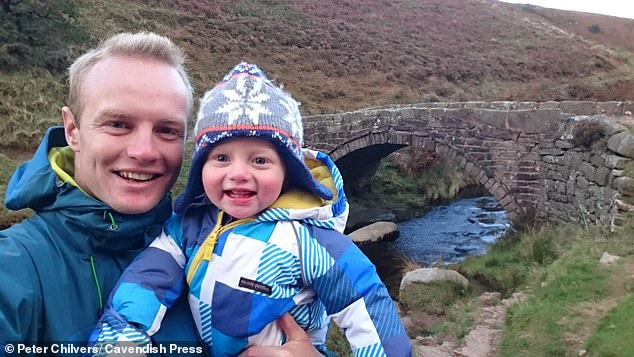 When Lesicka had threatened to leave him, Chilvers told her she would be walking out on her son, calling her a ‘dumb b****’ 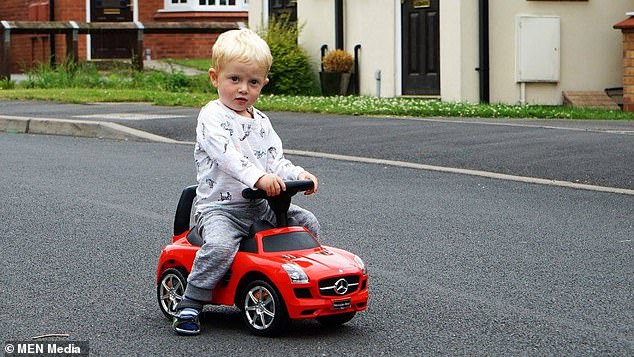 Lesicka inflicted a sustained attack on their son as he lay in his bed at her home in Wythenshawe, Greater Manchester, in August 2017 and then tried to kill herself

The pilot warned her in a ‘visceral’ phone call that she did not have the financial resources to win a custody battle and shouted: ‘I want James to have brothers and sisters… not a half brother and sister with a f***ing moron that you find.’

Lesicka inflicted a sustained attack on their son as he lay in his bed at her home in Wythenshawe, Greater Manchester, and then tried to kill herself.

The Iraqi presidency clarifies about the issuance of 340 death sentences