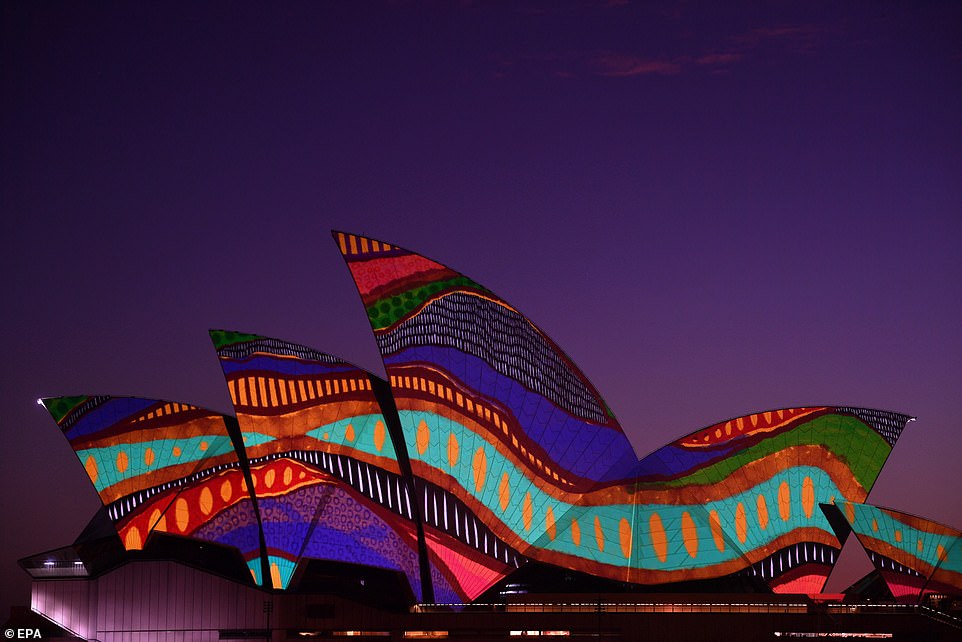 The Sydney Opera House, one of Australia’s most well-known landmarks, was lit up at dawn on Australia Day with brightly coloured Indigenous artwork for the first time in its history in recognition of First Nations people.

Shortly after first light, the Aboriginal flag was also raised alongside the Australian flag just across the water from the spectacular artwork on the Sydney Harbour Bridge.

As the country prepares for heatwave conditions for the day, marches are planned in many capital cities to advocate abolishing Australia Day and demand justice for First Nations people.

The sails of the Sydney Opera House are lit up at dawn with an artwork titled ‘Angwirri,’ by NSW Indigenous artist and proud Yaegl woman Frances Belle-Parker on January 26 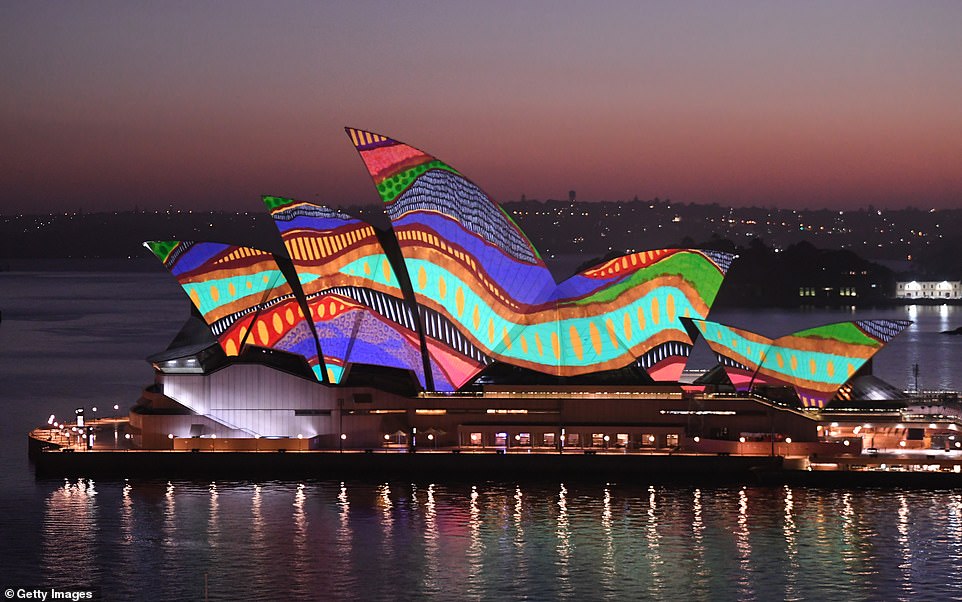 In Melbourne, an Invasion Day rally will go ahead despite the city’s annual Australia Day parade being cancelled.

In Sydney, the NSW police minister has warned the thousands of people planning to march in protest that they face fines or imprisonment for violating COVID-19 public health orders.

Conservative lobby group Advance Australia said it planned to arrange for the words ‘Aus Day’ to be written in the sky above Sydney on Tuesday, to counter the ‘Invasion Day rally’.

The country has again been embroiled in the annual debate about whether Australia Day’s date should be changed or the name changed to Invasion Day.

A poll published on Monday suggests the majority of Australians do not want to change the date of Australia Day.

Indigenous Australians Minister Ken Wyatt, meanwhile, acknowledged January 26 was a painful date for many Australians, but argued the day was an opportunity to reflect on the nation’s story of reconciliation.

The ABC was criticised on Monday for using the terminology ‘Invasion Day’ in an online article. 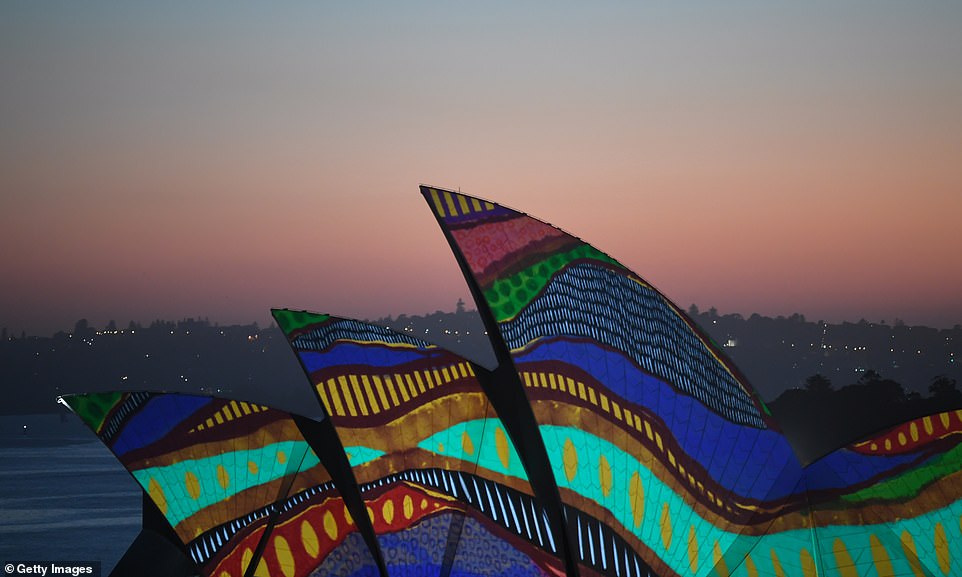 Australia Day, on January 26, marks the day the First Fleet arrived on the shores of the country with the first free settlers 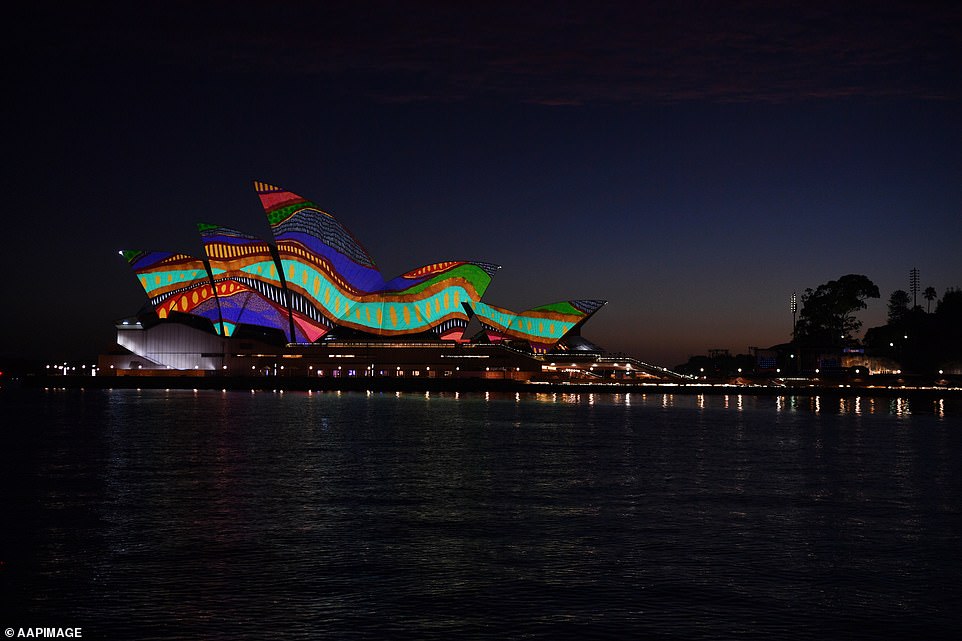