Prince Harry and Meghan Markle today announced themselves ‘campaign chairs’ of a A-list event called ‘VaxLive’ where they will demand world leaders including Joe Biden and Boris Johnson ‘share’ vaccines’, especially with India.

The Global Canada Citizen concert, hosted by star Selena Gomez, will be held virtually at the beginning of May and the Sussexes say will ‘restore faith in humanity’.

‘Vax Live’: The Concert to Reunite the World, will be a global broadcast celebrating COVID-19 vaccines and the hope that they will be offered to families and communities around the world.

It comes as President Biden is being urged to hand over all of America’s 60 million doses of AstraZeneca vaccine to India as part of a world-wide drive to help fight the world’s most devastating coronavirus outbreak. On Monday, the US announced that 60 million doses of the so-far unapproved vaccine will be made available to send abroad, once the doses are approved by the Food and Drug Administration (FDA).

Downing Street today rejected a similar move today, with the Prime Minister’s Official Spokesman saying ‘we don’t have surplus doses’ and the focus will remain on the rollout of jabs in the UK.

India is facing a second wave of the deadly virus, with a million new cases in just three days. For the past two weeks, medical facilities have been running out of oxygen and ICU beds, with some patients dying as they wait outside hospitals.

The Duke and Duchess of Sussex will be ‘campaign chairs’ at a Global Canada Citizen concert event called ‘VaxLive’, hosted by Selena Gomez, at the beginning of May. 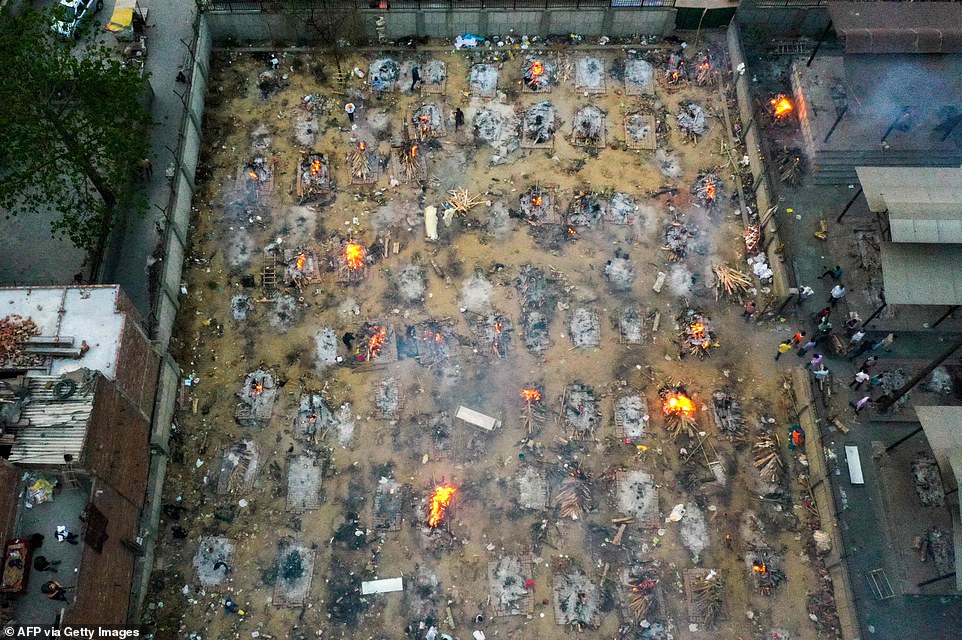 The Sussexes said in a statement today: ‘Over the past year, our world has experienced pain, loss and struggle – together. Now we need to recover and heal – together. We can’t leave anyone behind.

‘We will all benefit, we will all be safer, when everyone everywhere has equal access to the vaccine.

‘We must pursue equitable vaccine distribution, and in that, restore faith in our common humanity. This mission couldn’t be more critical or important.’

‘Over the past year, our world has experienced pain, loss and struggle – together.

‘Now we need to recover and heal – together. We can’t leave anyone behind. We will all benefit, we will all be safer, when everyone everywhere has equal access to the vaccine.

‘We must pursue equitable vaccine distribution, and in that, restore faith in our common humanity. This mission couldn’t be more critical or important.’

The concert description online reads: ‘We are calling on world leaders to step up to make sure vaccines are accessible for all so we can end the pandemic for everyone, everywhere.’

Global Citizen describes itself as a movement of ‘engaged citizens who are using their collective voice to end extreme poverty by 2030’.

Online, it describes its mission statement: ‘Global Citizens learn about the systemic causes of extreme poverty, take action on those issues, and earn rewards for their actions — as part of a global community committed to lasting change.’

‘Their mission is to build a movement of 100M action-taking Global Citizens to help achieve our vision of ending extreme poverty by 2030.’ 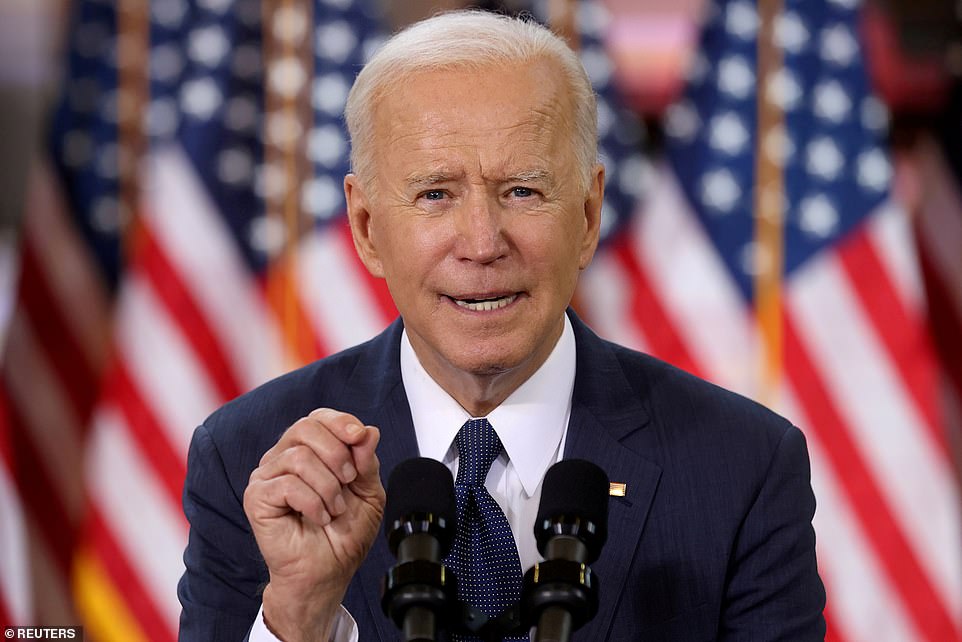 As President Joe Biden’s administration comes under pressure to do more to help India as it faces the world’s most devastating coronavirus outbreak, the US will make up to 60 million doses of AstraZeneca Covid-19 vaccines available to ship 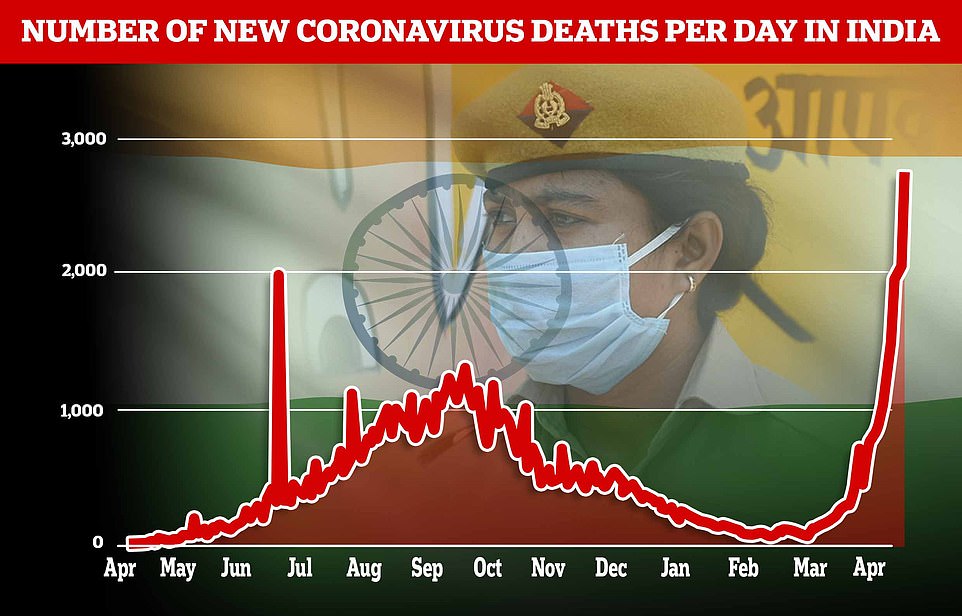 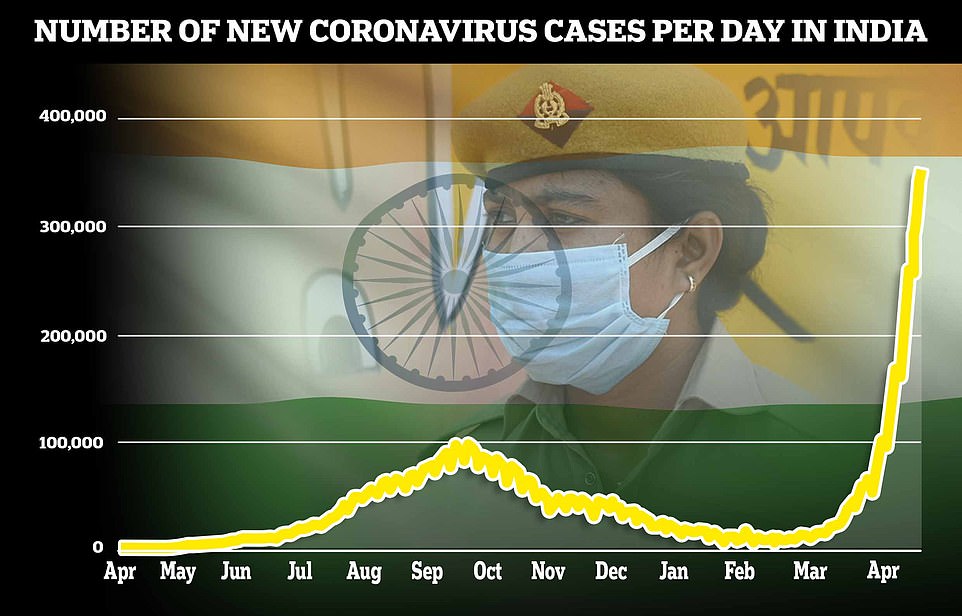 Harry and Meghan told palace bosses ‘you can’t stop us from doing what we want’ in clashes before leaving the Royal family, it has been claimed.

The Duke and Duchess of Sussex ‘called the shots’ and specifically instructed press officers on what information they felt should be made public, according to reports.

The claims come despite Harry telling Oprah in the couple’s bombshell interview that no plans were made before Megxit was announced last January.

It also emerged last night that the pair were in talks with a £1.3billion-backed US company a year before they stepped down as senior royals.

Harry, 36, and Meghan, 39, are said to have had multiple meetings with Quibi, a now-defunct video streaming service, from early 2019 until after they quit as working royals last January.

Prince Harry returned from the landmark Sandringham summit to meet executives from the American company in London, according to the Daily Telegraph.

A deal for him to provide content on the platform reportedly reached advanced stages but ultimately fell through as the app failed to take off, according to the paper.

Vanity Fair also claimed the couple had been approached by Quibi founder, Jeffrey Katzenberg and its CEO Meg Whitman.

Despite this, during the Sussexes’ bombshell interview with Oprah Winfrey they claimed they ‘didn’t have a plan’ when leaving the Royal family.

It comes just weeks after Prince Harry flew to the UK for his grandfather Philip’s funeral at Windsor Castle, where he and brother Prince William appeared in public together for the first time in more than a year.

The princes talked while walking out of St George’s Chapel following the service, having earlier taken part in the procession either side of their cousin Peter Phillips behind the Duke of Edinburgh’s coffin.

However, a royal expert has since claimed that Prince Harry was so ‘shocked’ by the ‘very, very cold reception’ he received from the Royal Family after he flew over for Prince Philip’s funeral that he may pull out of an upcoming trip to the UK in July.

The Duke of Sussex, who lives in a $14.7million home in Santa Barbara, California with wife Meghan Markle and their son Archie, one, is next expected to return to the UK this summer for the unveiling of a statue of his late mother Princess Diana.

However, speaking to talkRADIO, Russell Myers has questioned whether the visit will take place and commented: ‘Some quarters of the family did give him a frosty reception and perhaps that did shock him somewhat.’

He went on to say how the Duke of Sussex may use the birth of his second child, who is expected to arrive in the summer, as a ‘convenient excuse’ not to ‘face the family’.

It will be installed in the Sunken Garden of Kensington Palace on 1st July 2021, marking The Princess’s 60th birthday.

Radio host Kevin O’Sullivan explained how Prince Harry looked ‘very out of sorts’ during his stay for the Duke of Edinburgh’s funeral recently.

Russell Myers said: ‘I’m told he is still committed to coming. Both camps are. Certainly Kate and William will welcome him if he wants to come back.

‘His intention is to come back. One may wonder, if his wife has just had a baby, I’m sure he could jump on a private jet and make a flying visit.

‘But, will it be a convenient excuse so he doesn’t have to come back and face the family?’

He added: ‘I think a lot will determine what happens in the interim period. Some quarters of the family did give him a frosty reception and perhaps that did shock him somewhat.

‘I don’t think we will realise the fallout of that Oprah Winfrey interview for some time.

‘Maybe once we get back to a bit of normality, the rest of the family will start thinking about that a bit more carefully. It might not be good news for Harry.’ 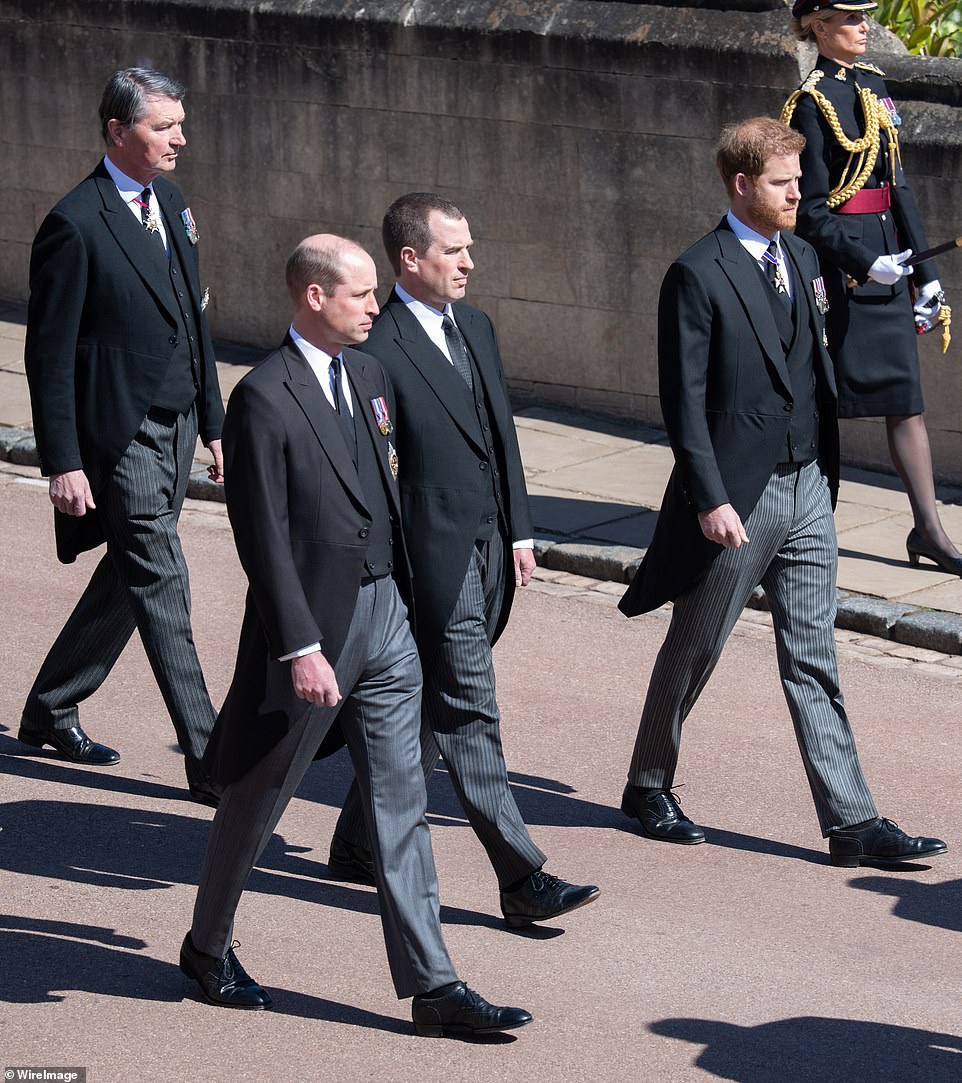