A Rebels boss has been gunned down at a family drag racing event just weeks after being bashed at a pub, sparking fears it could lead to an all-out bikie war.

Nick Martin, 50, was watching the Outlaw Nitro Challenge at the Perth Motorplex, at Kwinana Beach, at 8.30pm on Saturday.

He was then shot in front of horrified families and children before dying at the scene.

An eight-year-old boy, who was sitting on his parent’s lap nearby, was also injured and treated for a ‘minor wound’ by paramedics.

‘He’s now at home with his parents but that is an example of where innocent parties can get caught up in this violent criminal gang which has resulted in a homicide,’ Commissioner Chris Dawson said.

A 31-year-old man wearing the Rebels patch was also taken to hospital to be treated for gunshot wounds.

Police are now investigating the matter with the shooter currently on the run. 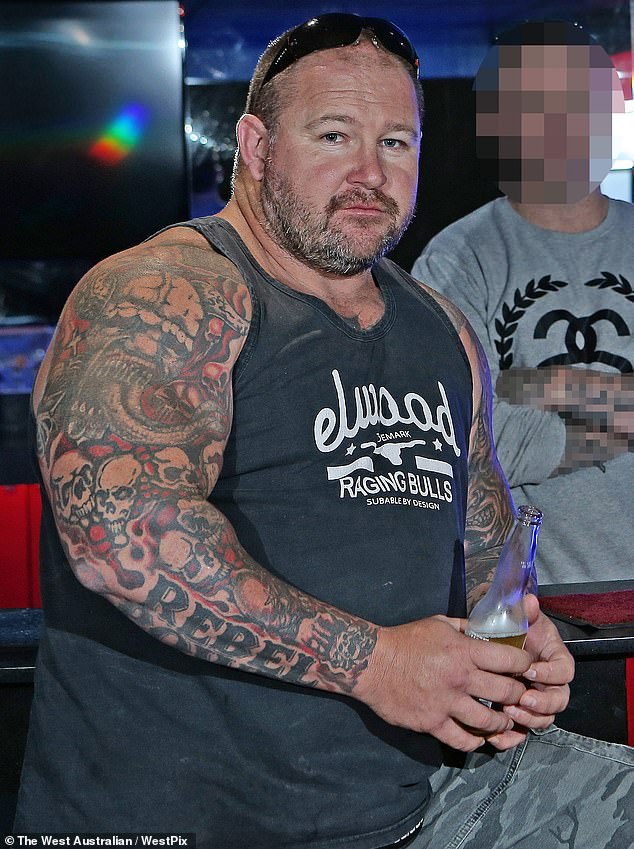 Nick Martin, 50, was watching the race at the Perth Motorplex, at Kwinana Beach, at 8.30pm on Saturday 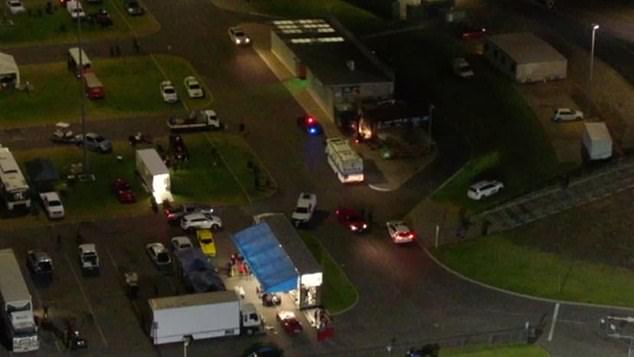 Fears are mounting of an all-out bikie war after a Rebels boss was gunned down at a family drag racing event, just weeks after he was involved in a brawl (pictured, Perth Motorplex at Kwinana Beach)

Terrified parents said they tried to protect their children and take them somewhere safe following the commotion, The West Australian reported.

‘I was sitting with my daughter … and we heard gunshots, then people screaming, ‘He’s been shot. He’s been shot’,’ one person said.

Another parent added: ‘While we were waiting to leave we could see an ambulance officer do CPR on a body lying on the ground.’

‘My kids could see everything and they are still very shaken about this,’ she said.

Commissioner Dawson said the community had become ‘outraged at this type of violent criminal behaviour’.

‘This is not the Western Australia that we want to live in.’

Police are on high-alert for any retaliatory action, but are not focussing their investigation on any one, particular gang.

‘The fact that this shooting occurred in a public place with many innocent people around including children shows the nature of these violent criminal gangs,’ Commissioner Dawson said.

The shooting comes after Martin was allegedly involved in a brawl with a Hells Angels bikie at The Sandbar, in Scarborough, on November 24.

Security cameras filmed two men speaking with each other and shaking hands before coming to blows among staff and patrons at the trendy beachside bar. 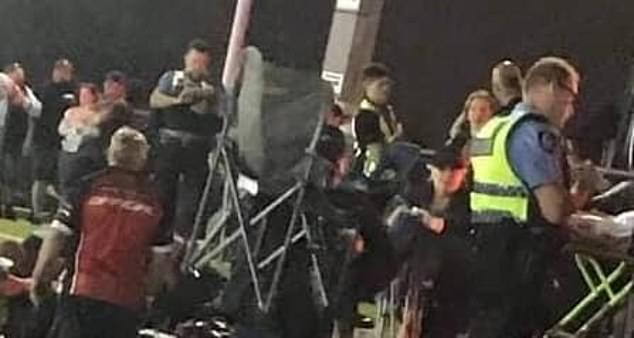 A man wearing a white shirt landed several huge punches and knees in the brawl while horrified onlookers watched on.

Martin was taken to Royal Perth Hospital while the other man was charged by the National Anti-Gangs Squad for ‘fighting in public causing fear’.

Prior to his death, Martin was a well-known identity in the Perth underworld and had survived a series of attacks. 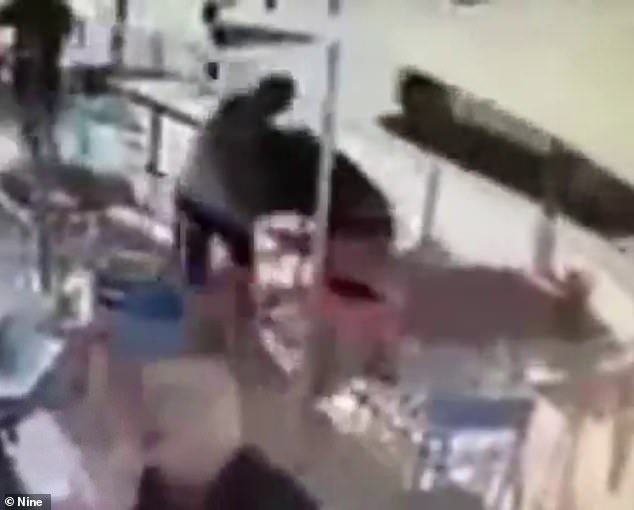 The shooting comes after Martin was allegedly involved in a brawl with a Hells Angels bikie at The Sandbar, in Scarborough (pictured), on November 24

In April this year, Martin and his wife were charged as police investigated alleged extortion and money laundering schemes.

Martin, facing financial criminal charges, had also recently stepped down from his role as president of the Rebels.