The hits keep coming for Sam Burgess with authorities confirming a formal investigation is underway into claims involving the South Sydney Rabbitohs’ chief doctor and the former rugby league star.

But the article, which was recently tendered in court, claimed that Dr McDonald had actually made the Diazepam prescription out in the name of the football star’s father-in-law Mitchell Hooke.

The extraordinary allegations caught the attention of the state’s Health Care Complaints Commission, which began a preliminary 60 day probe of the allegations last October.

Daily Mail Australia can reveal that the medical watchdog is now forging ahead with a full, formal investigation into the allegations in the article. 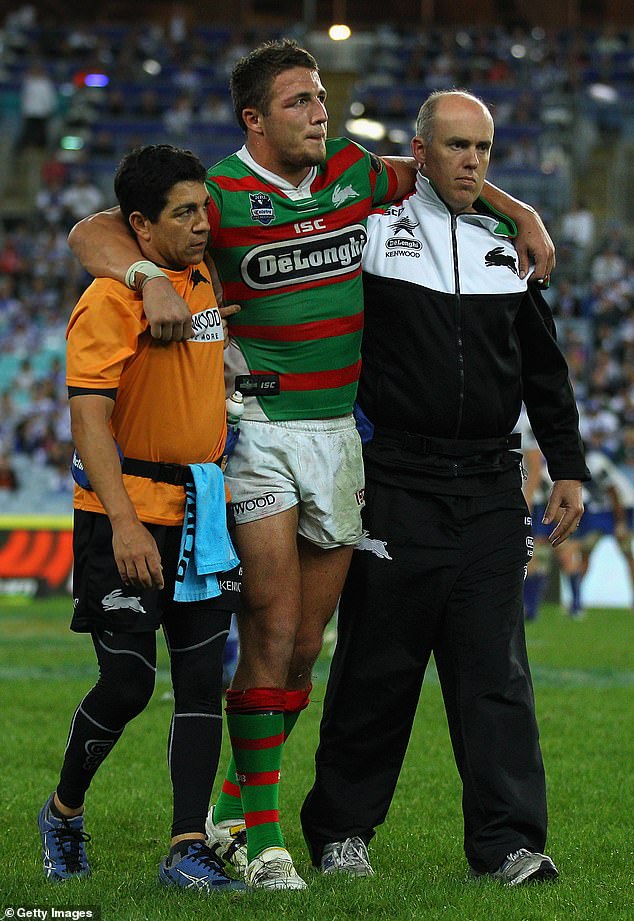 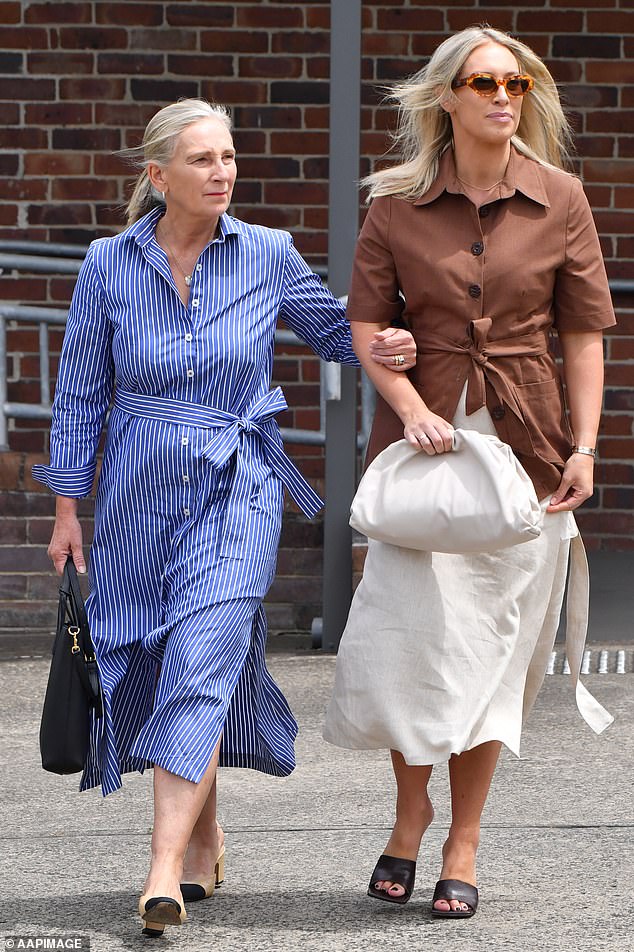 Ms Robinson said the investigation was ‘well underway’, and the average probe takes about eight months.

‘To preserve the integrity of the Commission’s investigation process, we are unable to disclose further specific details at this time.’

Dr McDonald declined to comment via a representative at his sports medicine clinic in Sydney’s east.

Questions were put to South Sydney, the club he has worked as the chief doctor for 25 years. 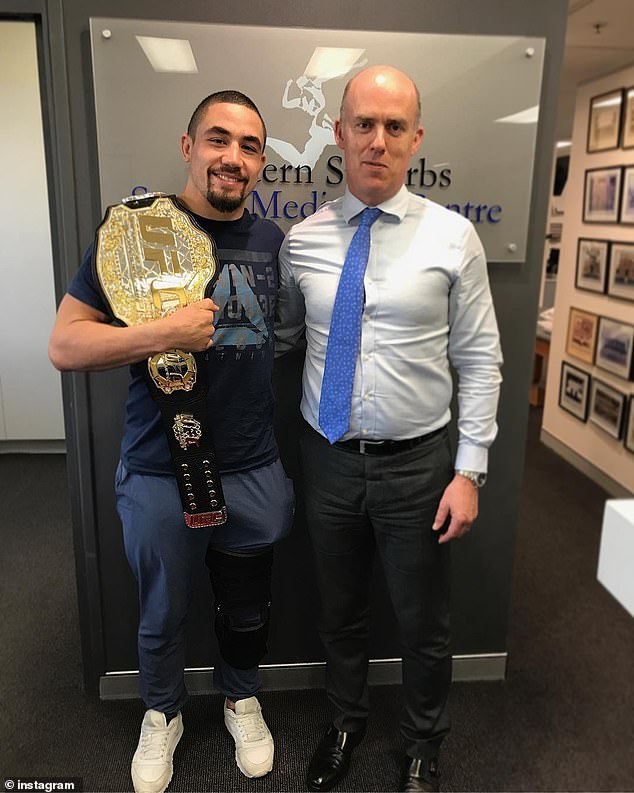 Dr McDonald is a respected sports medicine doctor who has worked with the South Sydney Rabbitohs since 1996. Above with UFC star Robert Whittaker

The revelation of the formal investigation comes a day after Burgess allegedly tested positive to cocaine during a roadside test on Monday.

Police will allege Burgess, 32, was driving an unregistered car, a BMX X5, at the time. It’s understood he was on his way to pick up his children.

A source close to Burgess told Daily Mail Australia he had not planned to be near where he was pulled over – in the state’s Southern Highlands – until plans to pick up the children were changed.

The retired footballer and TV star also had no idea the registration for his black BMW X5 had been suspended after he failed to pay $1,200 in parking and traffic fines. The case will go to court in May.

Intriguingly, the medical watchdog’s investigation may never have happened without Burgess’s ex-wife Phoebe and her father Mitchell Hooke cooperating with The Australian.

The Australian’s article was tendered in court during a hearing last year where Burgess was found guilty of intimidating Phoebe’s father at their Bowral property.

At a hearing in November, Phoebe admitted giving damaging documents about Sam to the newspaper which were used in the report. 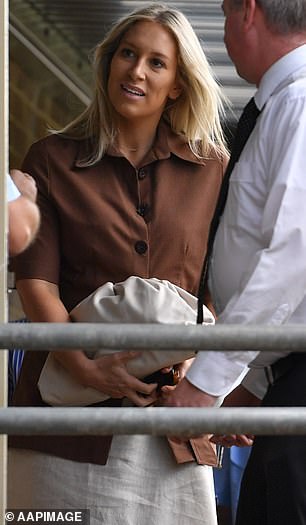 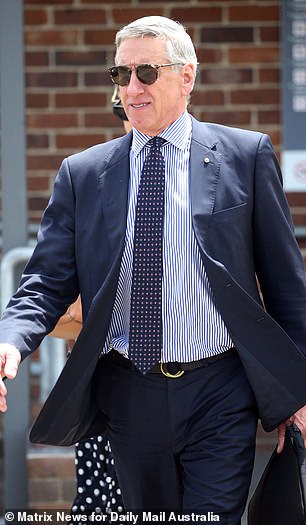 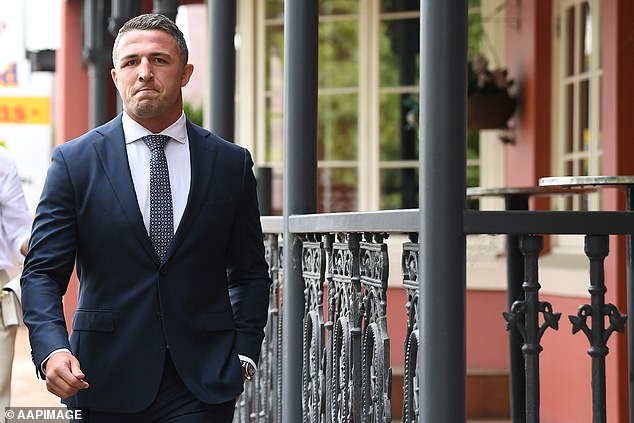 In January, Burgess was found guilty of intimidating his father at the Hooke family property in the Southern Highlands two years ago. He will appeal the charge

Meanwhile, the newspaper itself described an on-the-record interview with Mr Hooke.

In that interview, Mr Hooke alleged that Dr McDonald ‘started writing out a script’ after speaking to him about his then son-in-law’s condition.

Mr Hooke recalled being handed the prescription. ‘I looked at it and I said: ‘What’s the script for?’ He said: ‘Liquid valium’.

Mr Hooke claimed he said: ‘This is in my name’ to which he alleged Dr McDonald said ‘yep’.

Dr Hooke claimed he questioned the decision but ‘had no alternative.

‘Even my faint knowledge of the law knows that that’s not right but I had a doctor telling me there’s no other way’, Mr Hooke was quoted saying, according to the court record.

The newspaper also produced an alleged record of the prescription in its article. Phoebe Burgess claimed that Dr McDonald administered the drug.

The allegations involving Dr McDonald will be tested during the investigation.

He returned to work with the Rabbitohs following the revelations of an initial probe by the watchdog last year.