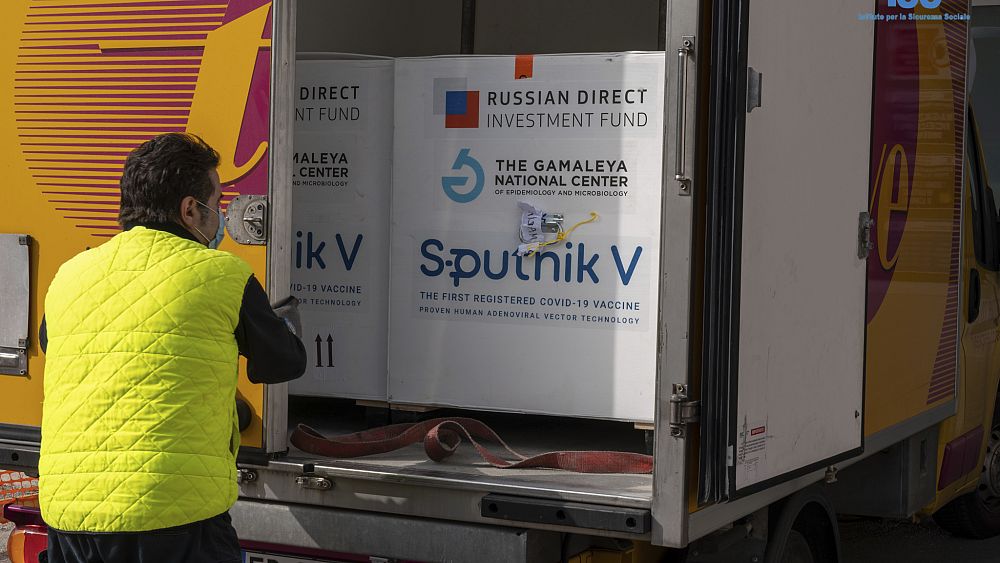 The Republic of San Marino finally can start its coronavirus vaccination drive after the first shots arrived Tuesday. But the city-state surrounded by Italy had to resort to its “Plan B” and buy Sputnik V jabs from Russia after plans to get European Union-approved doses from Italy got delayed.

A pink and yellow truck escorted by police cars brought the first 7,500 Sputnik V vaccines into San Marino and delivered them at the main hospital. Officials said the Russia-made doses will eventually be enough to vaccinate some 15% of the microstate’s population of around 33,800.

San Marino bought Sputnik V shots at the last minute after an agreement to have Italy send a proportion of the vaccines it received through the EU”s vaccine procurement system got delayed. San Marino, located near Rimini on the Adriatic coast, isn’t an EU member, and as such was excluded from the deals the 27-nation bloc negotiated with pharmaceutical firms.

The San Marino secretary of state, Luca Beccari, said during a news conference last weekend that the negotiations with Italy took a long time and that under an agreement signed Jan. 11, San Marino was to receive one dose for every 1,700 that Italy received from the EU.

But the deal hit a snag as Italy and other EU countries faced delivery delays for the three EU-approved vaccines, the ones from: Pfizer-BioNTech, Moderna and AstraZeneca. Italy has administered some 3.7 million doses.

“Unfortunately, the time required to define these procedures and the fact that San Marino is a country that has not yet started its vaccination campaign has forced us to seek alternative solutions,” Beccari said in explaining the Sputnik purchase.

“As for all other countries, it is necessary to start the vaccination campaign as soon as possible in order to ensure the safety of its citizens,” he said.

The European Medicines Agency has said the developers of Sputnik V recently asked for advice on what data they needed to submit for the vaccine to be licensed across the European Union. Hungarian health authorities have approved both Sputnik V and the vaccine developed by state-owned Chinese company Sinopharm.

San Marino has had a proportionately devastating outbreak, with 3,538 confirmed COVID-19 cases and 73 deaths.

“It is not that it did not pass any controls. On the contrary, as all the research and data available show, it is a vaccine that is already administered in 30 countries, About 70 million people have been vaccinated with it. It has extremely high safety standards,” he said.