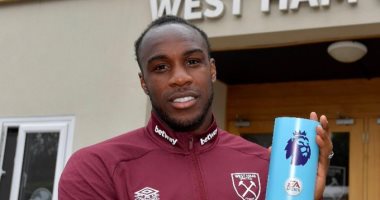 Antonio won the award, after scoring 4 goals, to be the top scorer in the competition, in addition to his 3 goals with West Ham.

Santo led Tottenham to the top of the English Premier League after 3 rounds of the competition, with 9 points. His team is the only one that has won the first 3 rounds in the Premier League so far, as its players scored 3 goals, and they have not conceded any goal so far.

The fourth round of the English Premier League will start on Saturday, with Crystal Palace hosting Tottenham at 1:30 pm.

Students invent a robot that sterilizes and monitors students in exams.. 100% Egyptian industry