The University of Michigan has been blasted as ‘moronic’ for launching a task force which has branded the words ‘picnic,’ ‘brown bag’ and ‘blacklist’ as offensive terms which could harm morale.

The ‘Words Matter Task Force’ – set up by the school’s Information and Technology Services department – listed more than two dozen words and phrases that could be perceived as offensive to some people, and provided an alternative term that could be used instead.

‘To effectively communicate with customers, it is important for ITS to evaluate the terms and language conventions that may hinder effective communication, harm morale, and deliberately or inadvertently exclude people from feeling accepted to foment a healthy and inclusive culture,’ the task force’s memorandum says.

But the list was blasted by Tucker Carlson on his Fox News show Wednesday, with his guest, Canadian conservative author Mark Steyn, branding the university as ‘parochial’ and ‘moronic’. 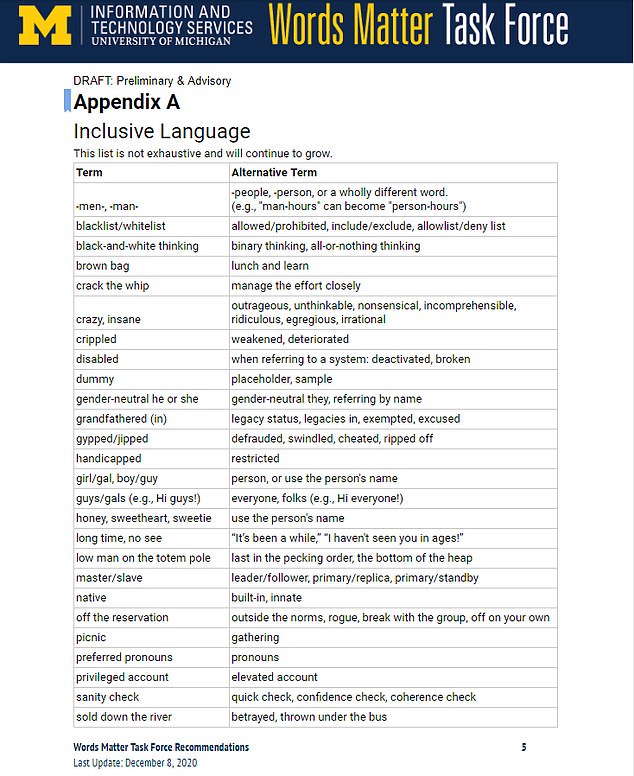 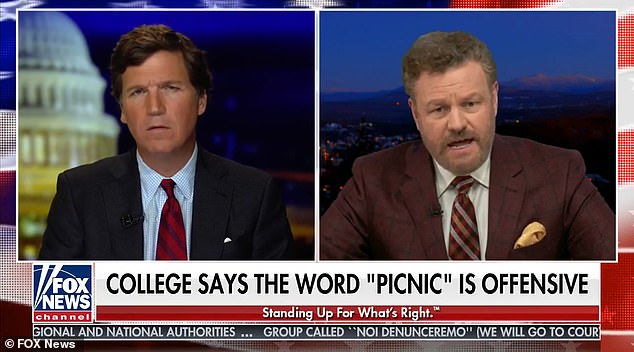 It’s not clear if there will be any penalties for staff who don’t abide by the recommendations.

Instead of saying ‘crazy’, staff are encouraged to say ‘unthinkable’, while ‘sanity check’ should be replaced by ‘coherence check’.

The word ‘picnic’ appears to be banned because of false suggestions on the internet that it originates from the racist, extrajudicial killings of African Americans.

The word picnic actually comes from the 17th century French word ‘pique-nique,’ a term used to describe a social gathering in which attendees each contributed with a portion of food.

Appearing on Tucker Carlson Tonight, author Steyn slammed the university’s list, and singled out their banning of ‘picnic’

He said: ‘This is one of those internet rumors unconnected to anything in reality’.

Steyn went on to note that the word ‘picnic’ was universal and easily translatable from language to language. 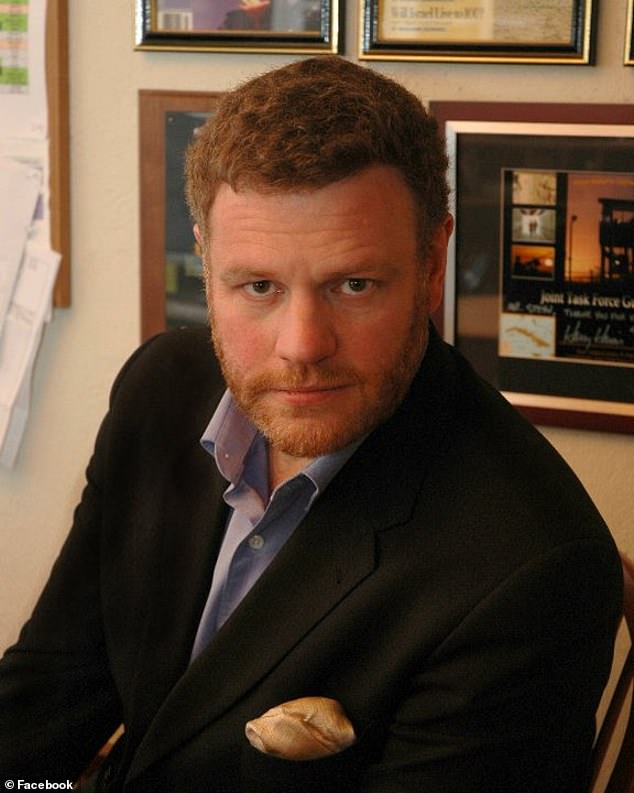 Steyn, a conservative Canadian author in an undated photo, blasted new recommendations about language at a university

He also lambasted the university for outlawing the phrase ‘off the reservation’.

‘You’re just making yourself more moronic and more parochial, moving yourself on to the linguistic reservation,’ Steyn said.

Steyn said banning words could negatively affect society as a whole, and compared the censorship of language to dystopian literature, such as the work of George Orwell.

‘If you lack the word to express a thought, in the end you can’t think a thought,’ Steyn said.

He added: ‘You don’t go to a university to shrink your vocabulary.’

Steyn called out the university, saying ‘Pull your kids out of this school folks, this isn’t a school anymore!’ 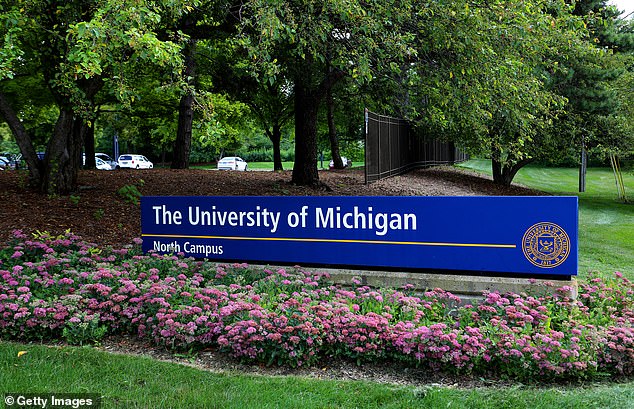 Steyn ended his interview by linking the censorship of language to rioting in the streets.

‘If you lack the vocabulary to hold a debate, it’s easier to just lob a piece of concrete threw a store window,’ Steyn said.

Steyn is a Canadian author and political commentator best known for his book America Alone: The End of the World as We Know It, which was a New York Times bestseller.

In a statement to  The College Fix about the list, a spokesman for the University of Michigan said: ‘This ongoing work around language is part of the ITS effort to create a workplace that is diverse, equitable and inclusive.

‘As a unit that is part of a world-class educational institution, it’s important to make sure all members of the ITS team understand the impact of language.

‘This effort remains a work in progress, but it’s important to remember this is an educational effort about language that will allow the ITS team to better serve the entire university community.’

The university’s list of banned phrases was last edited about two weeks ago.

Moscow: Washington allocates 3 billion dollars annually to intervene in the affairs of Russia and other countries