Rollercoaster of emotions! Vertigo sufferer has his family in stitches as he takes a virtual reality fairground ride

This is the hilarious moment a man who is scared of heights tries out a virtual reality headset featuring a ride on a roller coaster.

Paul Best from Bodmin, Cornwall, donned the Oculus Rift and started a virtual ride on a roller coaster.

His brother Graham filmed as Paul squealed, grunted and flinched as he reacted to the immersive experience.

Family members can be heard in the video laughing hysterically at Paul’s reactions.

His sister-in-law weeps with laughter as she stands behind him to make sure he does not fall over. 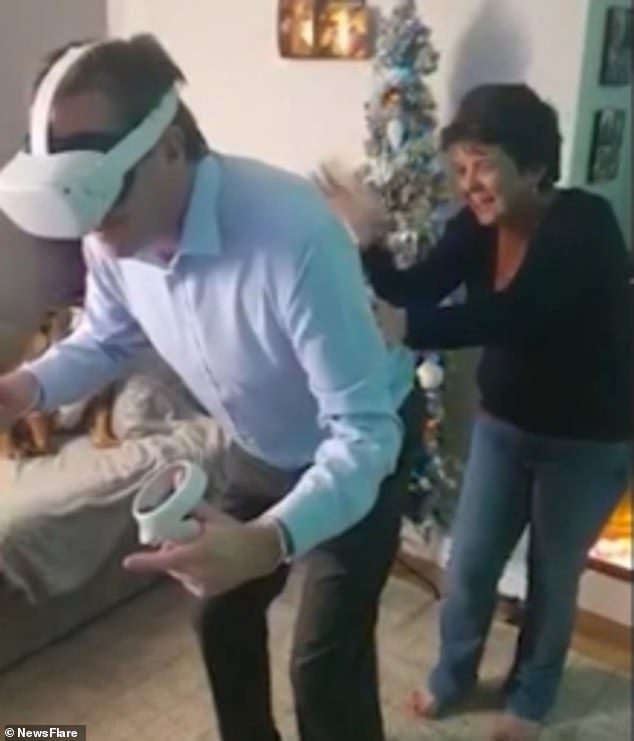 Paul Best, pictured, tried out a VR headset at his home in Bodmin, Cornwall 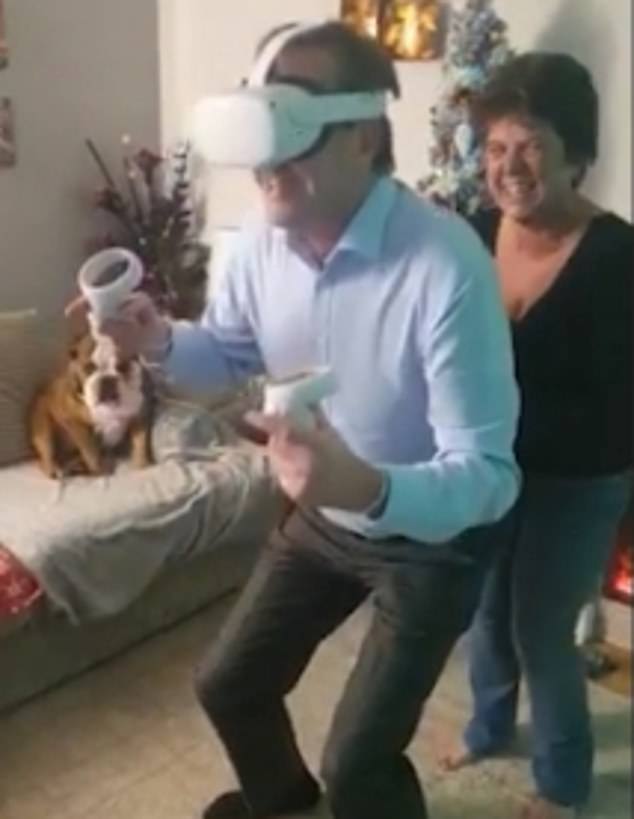 Mr Best, who is scared of heights, grunted and groaned while experiencing the virtual ride

Unlike a traditional video game the virtual reality headset ‘fools’ the user’s brain into believing that the user is in the middle of the scenario.

And Paul is clearly utterly convinced as he leans from side to side, grunts and groans as if being tossed around by the fairground attraction.

Graham added: ‘My wife had to steady him to stop him from falling over.’

People using the VR headsets have reported suffering ‘Oculus Face’ with temporary red marks caused by the straps and spongy rim on the player’s cheeks and forehead.

Some users have reported crashing into television while trying to leap across the virtual scenario forgetting they are still within the confines of their living room.

The makers of the new generation of virtual reality headsets have warned that users could hurt themselves or become the victims of theft whilst they are using the devices.

Developers have said that because the goggles occupy a user’s entire visual field they are worried that they could walk into things. 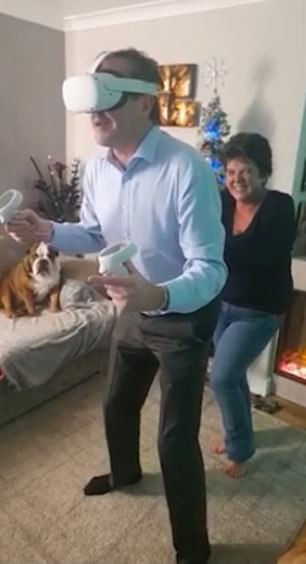 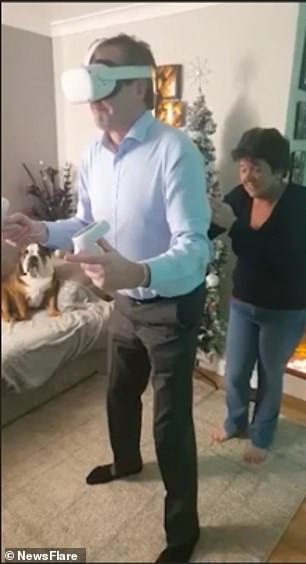 Graham Best from Bodmin, Cornwall, donned the £299 Oculus Rift and started a virtual ride on a roller coaster

Mass Effect Legendary Edition Is Up for Preorder