WA Mum defends trying to kill deadly snake because: ‘If either of my kids got bitten they would die’

‘You don’t know the full story’: Mum defends trying to kill a snake with a shovel because it could hurt her two young children – but not everyone is convinced it’s the best idea

A protective young mother has launched a fiery defence of her efforts to kill a deadly snake after receiving online hate for trying to ‘shovel it’.

TikTok creator Jessica – who goes by the username @onlyfans.gurl – went viral with her explanation of why she felt justified trying to kill a dugite snake hanging around her backyard.

‘Today I posted this video of a metre-long dugite at my back door and I got hate for saying I tried to shovel it. Well guess what? You don’t know the full story,’ the young mum, who lives two hours south-east of Perth at Narrogin, said. 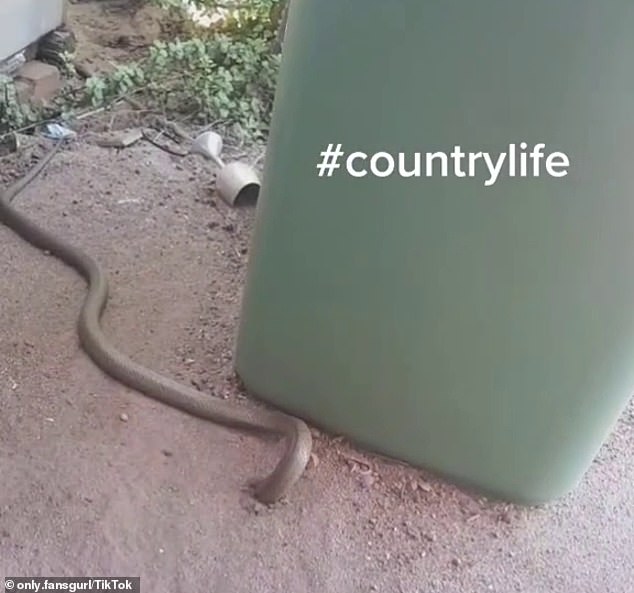 Is this young mum right to try and kill a deadly snake to protect her family?

‘My kids and I have to walk past that to get to the bathroom and toilet. My kids are three and seven and we’re an hour away from a hospital, a dugite’s venom can kill you really fast, especially when you’re that small.’

‘If either of my kids got bitten, they would die by the time we got to the hospital.’

Jessica claimed she had called three snake catchers, her local council and ‘called the ranger’ – but no one came.

The dugite is a relative of the brown snake and considered ‘highly toxic’ and ‘very dangerous to humans’, according to the Australian Museum.

‘Its prevalence in residential areas and nervous disposition have helped make it responsible for approximately 70 per cent of all snake bites reporting to Perth hospitals but thanks to prompt and effective intervention, there has been only one recorded fatality,’ the museum said.

In the video Jessica posted, the snake is still alive, with its head in the ground – she says digging for mice. 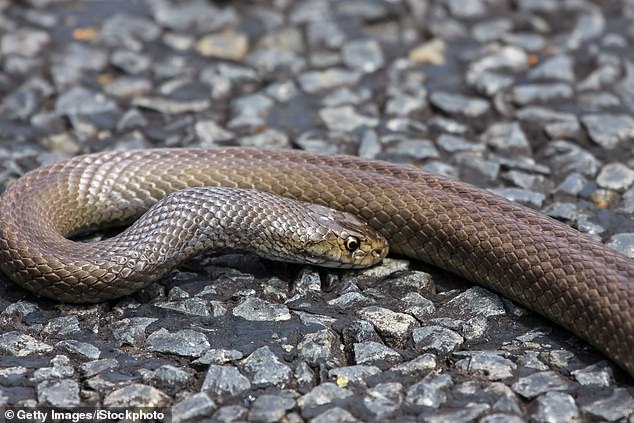 Some commented on her video saying it was potentially more dangerous to try to kill the snake than to wait or leave it. Jessica responded saying, ‘it’s living under my house, it’s not just going to go away’.

The official advice is clear: don’t try to kill snakes.

‘If you find a snake: Do not approach or aggravate it in any way. Most bites occur when people accidentally step on snakes, or while attempting to kill them,’ said the  the WA Government’s ‘dealing with snakes’ webpage.

She added that she had owned pets that died from dugite bites, ‘hence why I hate them’.

One woman wrote: ‘I would have chopped it into pieces’, and another said: ‘Good job mumma, no snake will ever be more important than your kiddos’.

After several hours of replying to messages, Jessica said she had contacted local wildlife authorities to again ask for help, but again defended her intention to ‘off it’ if she felt threatened.

Is this the future of international travel with Covid-19?