Without Ronaldo, Portugal is a heavy guest for Azerbaijan in the World Cup qualifiers 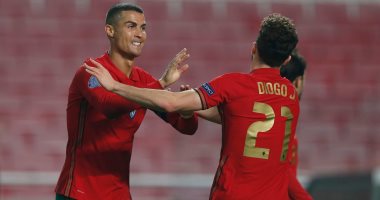 Portugal will visit Azerbaijan at 6 pm today, Tuesday, in the sixth round of European qualifiers for the 2022 World Cup in Qatar.

Portugal enters today’s match, and is the runner-up in the first group standings, with 10 points, and a goal difference from leaders Serbia.

Portugal coach Fernando Santos is looking forward to winning and securing the 3 points against Azerbaijan, in order to take the top spot in Group A again, awaiting the result of the Serbian team with its Irish counterpart in the same ninth round, except for the quarter of this evening.

The Portugal coach hopes to avoid surprises against Azerbaijan in today’s match, especially since the conflict for the top is burning with his Serbian counterpart.

The Portuguese national team is playing Azerbaijan without Cristiano Ronaldo, as he returned to Manchester United, and has been isolated for 5 days since his arrival last Thursday from Portugal, after his participation in the victory of his country against its guest Ireland by two goals against a goal.

Ronaldo will undergo a final medical examination, provided that it is negative before training with United.

Then Portugal defeated Qatar (guest) in the qualifiers, 3-1 in the fifth round of the European qualifiers for the World Cup.

The Portuguese national team played 4 matches in the European qualifiers for the World Cup, other than the match against Qatar (the guest), and won 3 matches and one draw.

How to maintain your weight and fitness .. 4 tips that will help you

Mu variant detected in every U.S. state except Nebraska