Cameron Smith retires from the NRL

Melbourne great Cameron Smith has finally announced he is retiring, confirming his playing future at the unveiling of his statue outside of AAMI Park.

His announcement brings to a close an extraordinary 19-season career that has the 37-year-old touted as a future rugby league Immortal.

The Brisbane-born hooker made his NRL debut with Melbourne in 2002 and has played a record 430 games; the only player in history to surpass 400.

Smith had been linked to the Brisbane Broncos for a final season to help resurrect the embattled former powerhouse club, and the Gold Coast, where he has relocated with his family, but decided to hang up his boots instead as a one-club player. 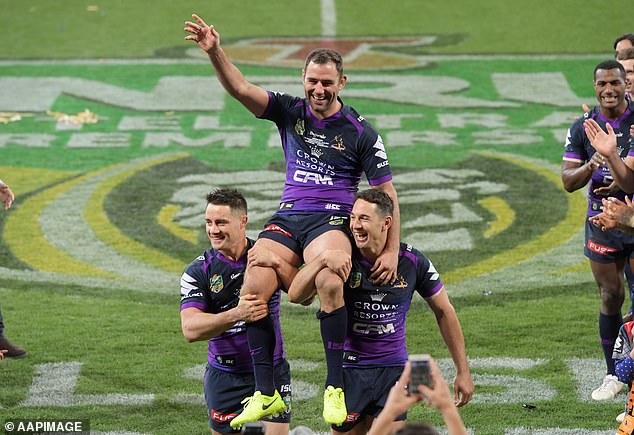 Melbourne great Cameron Smith has finally announced he is retiring, ending an extraordinary 19-season career that has cemented him as one of the game’s greats 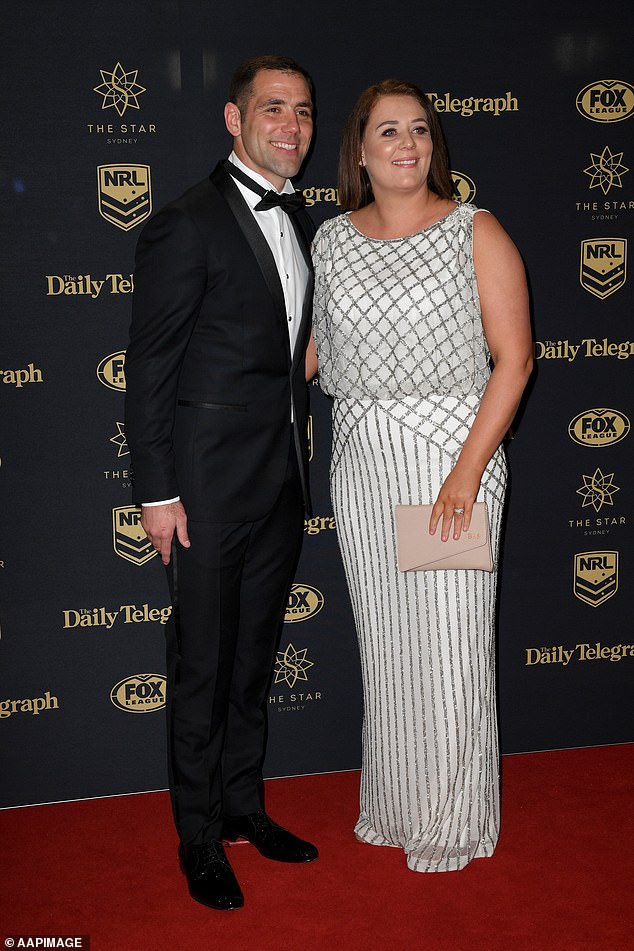 It was Smith’s first official Storm appearance after their 2020 grand final win over Penrith and comes just a day out from the club’s NRL season opener against South Sydney.

It will be the first time Smith hasn’t appeared in a Melbourne round one team since 2003.

He’s the last to retire of Melbourne’s so-called ‘Big Three’, that included Cooper Cronk and Billy Slater, who were so integral to the club’s sustained success.

‘Cam is not only among the most decorated players the game has ever seen, he made an immeasurable contribution to our club on and off the field, and his legacy will be remembered in Melbourne forever,’ the Storm posted on Twitter. 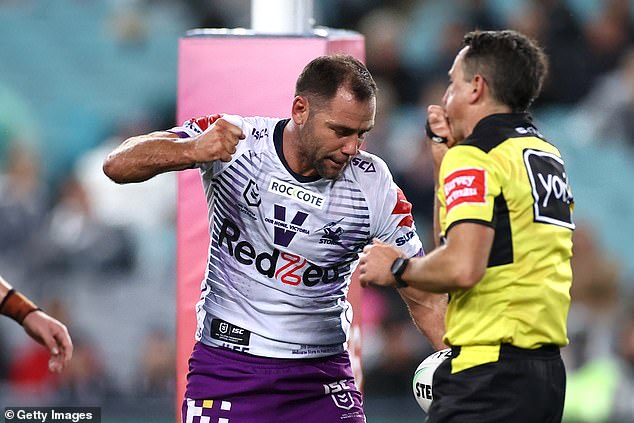 The Brisbane-born hooker made his NRL debut with Melbourne in 2002 and has played a record 430 games; the only player in history to surpass 400

Smith also holds the NRL record for the most points scored with 2,786, including 14 in last year’s grand final.

The durable hooker was also instrumental in Queensland’s eight-year State of Origin reign between 2006 and 2013, while he was represented Australia from 2006 until his retirement from representative football at the end of 2017.

Named the permanent Kangaroos captain in 2012, he played in 56 Tests, winning 49.

It comes just one day after respected NRL commentator Andrew Voss claimed some of Smith’s close friends and former teammates couldn’t get in touch with him.

‘Some of his closest friends that I’ve spoken to, friends who played with him for years, haven’t been able to speak to Cameron. They leave messages — no reply. What’s all that about?’ Voss told SEN 1170 Breakfast. 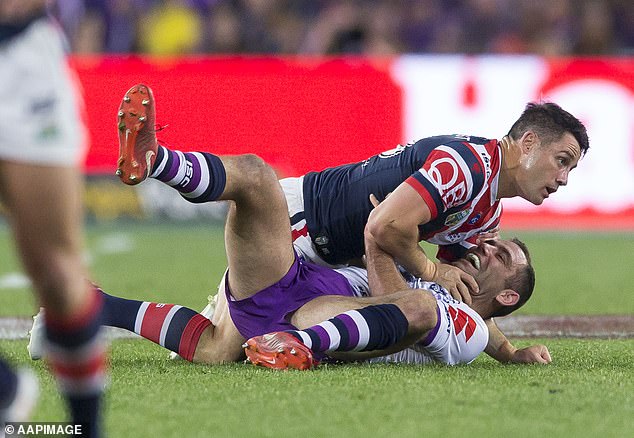 Smith suffered a highly publicised falling out with former teammate Cooper Cronk, believed to be sparked by a wedding ‘no show’ in 2017

Stoltenberg: NATO is expanding its presence in the Arctic due to the intensification of Russian activities

HOCHATOWN, Okla. — An Oklahoma woman acquired the shock of a lifetime at her sixth celebration,...